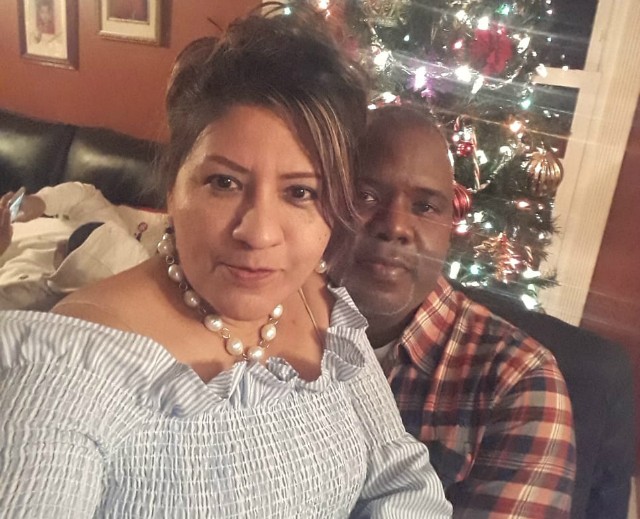 Ilsa Guzman, a 48-year-old married mother of four, arrived this morning at the Immigration and Customs Enforcement downtown office for what she hoped was a routine check-in.

Instead, she was taken into custody. ICE agents took her into a room, and returned to her companions with a plastic bag holding her jewelry, including her wedding ring. She is now scheduled to be deported this week, says her attorney Evita Tolu.

Guzman, originally from Honduras, has been in the United States nearly twenty years and has lived in the St. Louis metro area since 2000. Guzman has no criminal history, worked three jobs and paid taxes, her attorney says.

Guzman married a U.S. citizen last year, and her husband had filed a petition seeking permanent residency for her. That petition is pending.

"We need six months," Tolu says. "That's all we need to do everything right by the law."

If Guzman is deported before the petition is decided, there is no hope of her returning, Tolu says. Family, friends and supporters now say their only hope is to buy time. 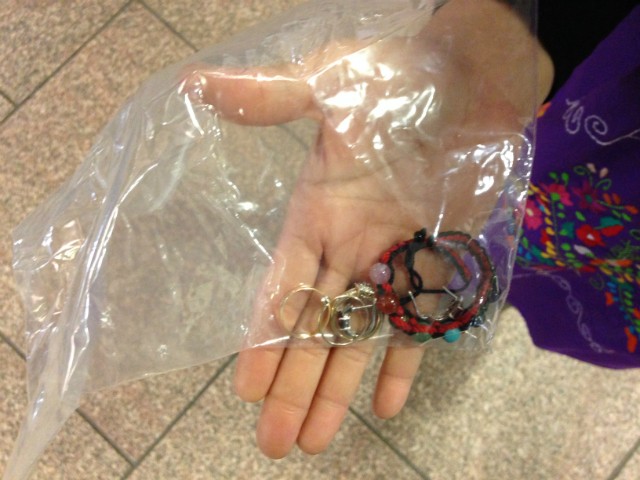 Guzman crossed the border into California in 1999. She presented herself to federal agents and requested asylum, says Sara John of IFCLA.

She never received it, but she's always attempted to maintain compliance with U.S. law, her advocates say. For more than a year, she's worn an ankle monitor, and she has complied with routine check-ins, friends and family say.

The check-ins are usually with an ICE contractor, but yesterday she was told to respond for a 9 a.m. appointment today at the field office. Her husband, Steve Miller, installs televisions in hotels around the country, and he is Colorado. Worried that something was up, he called their pastor, Kevin Todd of Strong Tower Church in Spanish Lake.

"That kind of shook him up a little," Todd says.

Still, they hoped it was just another check-in. Guzman's longtime friend, Leticia Seitz of the advocacy group Latinos in Action, drove her to the office this morning; a small team organized with the the St. Louis Inter-Faith Committee on Latin America (IFCLA) accompanied them. Guzman was nervous, but every meeting with ICE is nerve-wracking, Seitz says. They knew she could be deported at any time.

After Guzman requested asylum twenty years ago, says John, she was issued a court date without a time and date. The Supreme Court ruled last year that the practice was illegal, and that notices to appear in court must include times and dates. (There has been some major chaos since the ruling, because the Department of Homeland Security apparently decided to get around it by sending notices with bogus court dates.)

But Guzman missed her unspecified court date, and she was issued an order of removal in absentia. John says Guzman, like many others who have been issued the orders, knew nothing about it and continued to live her life, raising a family and working.

The Rev. Tyler Connoley is one of the half-dozen people who routinely go with Guzman to her appointments. Each time, they say a prayer outside the building. He says Guzman has been conscientious about making her appointments.

When ICE employees came out of a backroom in the office to get her, they would not let anyone go with them. Tolu, the attorney, says she was led to believe they were just doing some initial processing and then she would be able to speak with her client. But that's not what happened.

When agents returned, they handed over the Ziploc bag of jewelry and said she would deported in a week.

"They basically said they had made their decision, and there was nothing to discuss," she says.

The RFT has asked ICE for comment, but we have not heard back. (Update: ICE responded this evening. The agency's full statement is posted below.)

Connoley says they pleaded with agents to let them talk with the supervisor of the field office. Instead, they were eventually given a sheet of paper with a phone number to call. No one answered.

The group remained in the building through the morning. Guzman's eighteen-year-old son, John Briones, arrived shortly before 1 p.m. and gave Seitz a hug.

"It still hasn't hit me yet," he says. He's hopeful they can organize enough people to make ICE reconsider. "She's not a criminal. She is a hardworking woman. She is no harm to this country."

Tolu says she will file a motion to stay the order of deportation, but Guzman's future and the future of her family are in the hands of ICE. "They have discretion."

Guzman's family and supporters do not even know which of the three county jails used locally for immigration detainees that she'll be sent to. She will likely be able to call them tonight, they believe.

Briones remains hopeful and says his mother will be OK. "I know she's strong," he says.

On Feb. 12, 2019, ICE deportation officers arrested Ilsa Lizeth Guzman-Fajardo, 48, a citizen of Honduras who is illegally present in the United States, based on an outstanding final order of removal (deportation order) issued by a federal immigration judge on Jan. 26, 2000.

On Oct. 21, 2014, ICE officers encountered Guzman-Fajardo in St. Louis as an ICE fugitive (person with a final order who never left the U.S.) and took her into custody. ICE released her from custody on an order of supervision based on humanitarian reasons. In December 2018, a federal immigration judge denied her motion to reopen her case. As a result, she was taken into custody, and she remains in ICE custody pending her removal to Honduras.