For Airbnb Regulations in St. Louis, the Devil Is in the Details 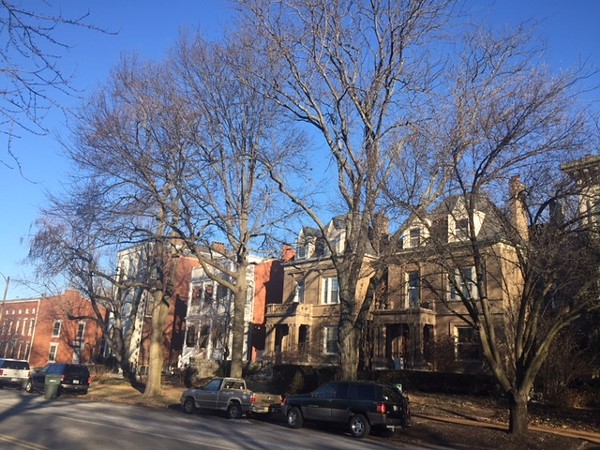 Forty-seven days ago, four members of the St. Louis Board of Aldermen introduced a bill designed to crack down on sites like Airbnb within city limits — banning residents from using such services to rent out their homes for more than 120 days per year, adding a yearly inspection fee and even barring “business entities” from acting as hosts.

In the 47 days that followed, residents have argued about the proposal in the letters to the editor section of the St. Louis Post-Dispatch and debated the details on NextDoor. Many weren’t pleased.

But Alderwoman Heather Navarro says she and her co-sponsors are now making major changes to the proposal — including, she says, eliminating the 120-day restriction. They also plan to do away with the portion that bars businesses from acting as Airbnb hosts.

To complement the bill, they will also work with the city’s planning commission to vary the regulations governing the use of Airbnb based on zoning.

Navarro says the bill’s changes are less of a retreat than what she and co-sponsors Christine Ingrassia, Tom Oldenburg and Carol Howard had always anticipated. They saw the board bill they presented merely an attempt to open debate.

“This first piece of legislation was putting something out there and going from there,” says Navarro, whose ward includes part of the Central West End. “We knew that we were going to be making a lot of changes. So there wasn’t any surprise there.”

Services like Airbnb, which allow anyone with a home or apartment to set up a DIY rooming house or short-term vacation rental, have taken the area by storm in recent years. In 2018, Airbnb hosts from Missouri earned a total of $48 million. The city of St. Louis led that charge, topping the state with more than $14 million in host income in 2018 alone.

But that has led to pushback. Unlike hotel and traditional bed-and-breakfast services, until last year, Airbnb didn’t have to pay hotel taxes in Missouri. That changed last year, when Airbnb forged agreements with both the state and the city for tax remittance. But critics continue to carp that Airbnb has taken business away from the hotel industry and locally owned bed-and-breakfasts, which are subject to numerous additional regulations.

Some people living next door to Airbnb locations have also expressed frustration with the short-term renters that come with them. The constant stream of residents takes away from the sense of community, they say.

Navarro acknowledges this sentiment, saying, “A lot of people move into a single family neighborhood and they invest in their neighborhood and when houses start turning over into Airbnbs, you don’t know your neighbors.” Security is also a concern cited by residents, she says.

One critic, Joe Hogan, who lives adjacent to an Airbnb, wrote to the Post-Dispatch that its guests have “parked on our lawn [and] they've had barking dogs and screaming children outside our bedroom window as early as 5 a.m. I have to pick up discarded trash and other items thrown in our yard and bushes. These are our neighborhoods, not hotel parking lots. It’s ridiculous. We finally had to erect a 25-foot fence to keep some semblance of privacy, to the tune of about $2,000.”

Steph Van Schalkwyk, who lives in Lafayette Square, had the same negative feelings when one of the historic homes next door was converted to a full-time Airbnb. It wasn’t just a random person renting out an extra room — it was a business built for-profit. “They started applying washer machines and dryers, and I was very apprehensive,” Van Schalkwyk says.

But Van Schalkwyk has since found that Airbnb not only has a strong online feedback program, but that the building’s owners and residents have been easy to deal with. “There’s a gardening service. The snow is shoveled before I get to mine,” Van Schalkwyk says, adding also that if there is a complaint, the company will act quickly. On top of that, Van Schalkwyk says, the guests have been warm and cooperative.

Not all anxieties have been mitigated that easily, and now the aldermen are hoping to reach common ground between people who use the service and the neighbors who must live side by side with their guests.

“I've been working on this issue for over a year,” notes Alderwoman Ingrassia in an email. “National research and information I've collected through town halls, neighborhood meetings, and an online survey indicates most St. Louisans want short-term rentals, but believe they should be subject to basic regulations. I've met with short-term rental hosts, platform representatives, residents, and key city officials.”

Count Airbnb among the stakeholders that weren’t happy with the initial proposal. In a statement, a company spokesman says, “We have learned from partnering with local governments throughout the country that short-term rental regulations work best when they're written with an eye towards clarity and easy compliance. As currently drafted, this ordinance includes provisions that are unworkable. As city policymakers work to improve this ordinance, we hope they will take the perspective of local hosts into account.”

Christensen says he’s found that hosting through Airbnb is a lot of work, but comes with some real benefits beyond just the cash. “I also just honestly wanted to meet people traveling to the city,” he says of his decision to start hosting through the site. “You get a good idea of what is going on and you get a look at perceptions for outsiders.”

He fondly recalls hosting a man who came to St. Louis by motorcycle all the way from Canada. Another Airbnb guest stopped through on a trip to California. “Good hosts are changing the [St. Louis] narrative one guest at a time,” he says.

And there will always be the couple on their honeymoon, whose visit happened to coincide with the local Hot Chocolate run.

“I gathered on my porch with my kids to cheer on the runners,” Christensen says, “and there were the newlyweds in the street cheering on the marathoners with hastily made signs they crafted in the AirBnb. It brought a lot of fun and energy to the street.”

Adds Christensen, “I have had very few bad guests. But at least the few that I had were there and gone in a night. A bad tenant can be there for years.”

Both Ingrassia and Navarro say they intend to keep working on the bill even after the session ends this week. Navarro says they will team up with the city’s planning commission to try to work through the desired zoning ordinances. It is all still a work in progress.

“We want to hear from people,” Navarro says. “We want to have some really good conversations.”