Democrats Aim to Take Down Republican Ann Wagner in 2020 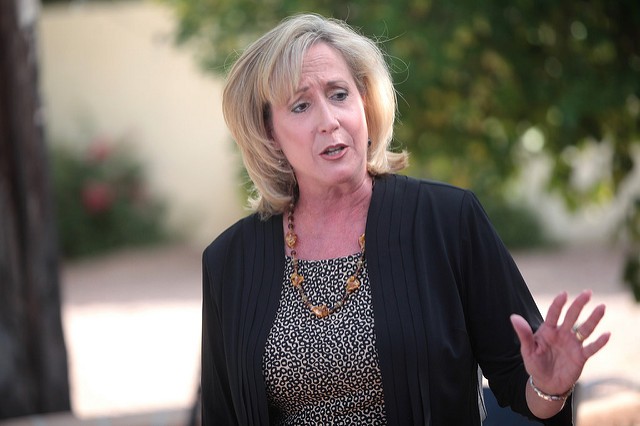 Stop us if you've heard this one before: Democrats think they can take down U.S. Ann Wagner (R-Ballwin) — and they intend to devote resources to do it.

Yes indeed, just two months after Wagner beat back a challenge from Clayton attorney Cort VanOstran in November's election, the Democratic Congressional Campaign Committee, or DCCC, has included Wagner on a list of 33 seats it believes are vulnerable in 2020.

“2018 was just the tip of the iceberg for Democrats,” DCCC Chairwoman Cheri Bustos said in a press release. “Today we are announcing our plan to go on offense and grow our New Democratic Majority. We have a clear path to expanding our Democratic Majority, and by putting our plans in motion earlier in the cycle than ever before, we are demonstrating to Democrats across the country that the political arm of House Democrats is operating in high gear from the start.

“Over the next 21 months, we are going to execute a focused strategy to expand our majority. By recruiting the best candidates, raising the resources needed to equip them with top-notch campaigns, and drawing a clear contrast between our work to strengthen hardworking families with the Washington Republicans’ agenda of blocking progress, we will build a Majority that lasts well into the future.”

The questions remains, though, as to whether that's wishful thinking when it comes to Wagner. Even as Democrats flipped a record number of House seats across the nation, Wagner managed to win by four percentage points here in suburban St. Louis. That's even though Wagner's opponent ran a smart, disciplined campaign — and pre-election polls had Democrats dreaming of victory. A political organizing group associated with former president Obama even put Wagner on its 2018 hit list.

Let's face it: In Ballwin, calling your own constituents "radical leftists" and gutting the Affordable Care Act doesn't appear to be grounds for electoral defeat. But who knows — there's always next year.