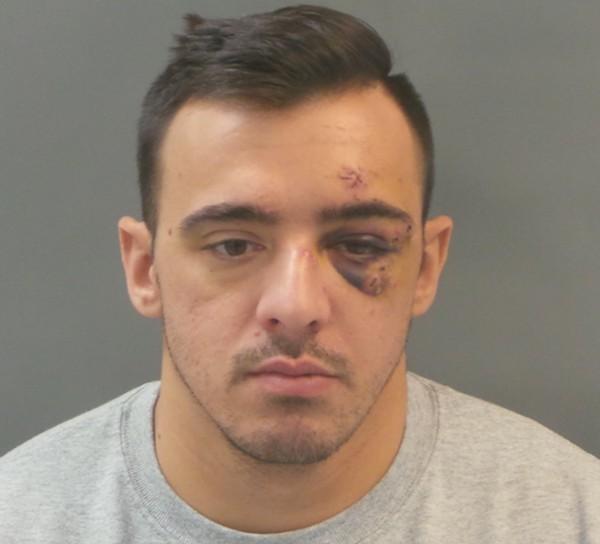 A St. Louis cop has been charged with involuntary manslaughter in the death of his fellow officer Katlyn Alix.

Nathaniel Hendren, 29, shot Alix in the chest early Thursday morning at his home the Carondelet neighborhood of south city, police say. Hendren and his partner, whose name hasn't been released, were on duty shortly before 1 a.m. when they met Alix at the apartment in the 700 block of Dover.

Alix, 24, was off-duty at the time. Police say she and Hendren began playing with guns. The scenario described by investigators is like a version of Russian Roulette.

Hendren pulled out a revolver and chambered one round before spinning the cylinder, according to a probable cause statement. He pulled the trigger and the gun clicked. Alix took the gun, pointed it him and pulled the trigger, police say.

When it didn't fire, Hendren took it back and aimed it at Alix before pulling the trigger again, police allege. This time, it fired, blasting Alix in the chest.

A police sergeant investigating the shooting said Hendren's partner claimed he was on the way out when the shot was fired.

"[The partner] advised that he told the defendant and victim that they shouldn't be playing with guns and that they were police officers," the sergeant wrote. "He felt uncomfortable with them playing with guns and didn't want to have any part of it and he started to leave. As he left the room but before leaving the apartment he heard a shot."

When he returned, Alix was bleeding from the chest, the officer said.

He and Hendren put Alix in their patrol car and rushed her to the hospital. They called in the shooting as they drove, but it was too late. Alix was mortally wounded. She was pronounced dead shortly after arriving at the hospital. 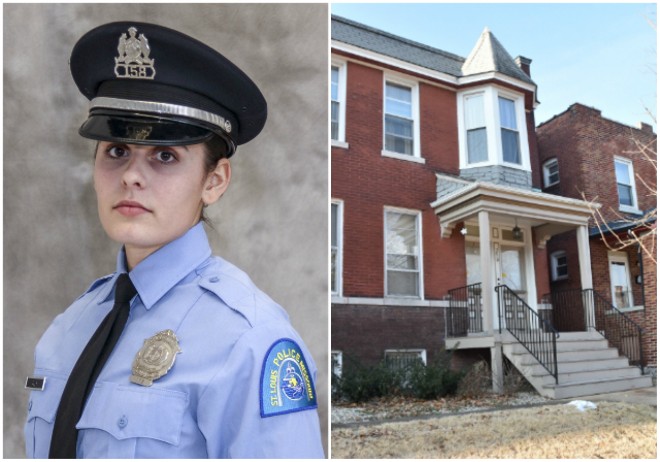 St. Louis Circuit Attorney Kim Gardner announced yesterday that her office, with help from the Missouri State Highway Patrol, was conducting a parallel investigation to the police department's probe.

"Today, as much as it saddens my staff and me to file these charges, Katlyn and her family deserve accountability," Gardner said today in a written statement.

This afternoon, police Chief John Hayden announced his department's Force Investigation Unit had provided its findings to the Circuit Attorney's Office, leading to the charges.

Hendren was not immediately booked; an at-large warrant for his arrest has been issued. (See below for our latest update.) Along with involuntary manslaughter, he is charged with armed criminal action.

The St. Louis Post-Dispatch, citing sources, reported that he was hospitalized after the incident. The daily says he headbutted the back window of a police vehicle parked at the hospital — and notes that he, his partner and Alix were close.

Police announced just before 3 p.m. on Monday, January 28, that Hendren has been booked. They released a mug shot showing the officer with a black eye.

Hendren's attorney, Talmage Newton IV, has also released a statement about the case. Here is the full statement:

"The death of Officer Katlyn Alix was a tragic accident that has unalterably impacted the lives of everyone involved. I urge the public, as well as members of the police department, to wait until the investigation is complete, and all of the facts have been presented, before coming to any conclusions about what they believe happened that unfortunate morning.

"My deepest sympathies and condolences are with Officer Alix’s family."