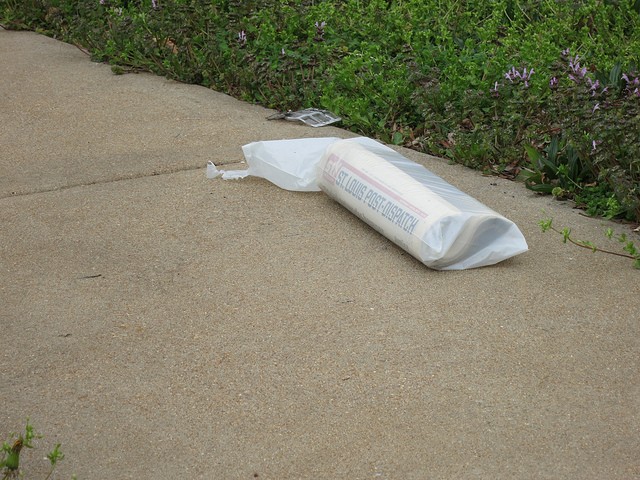 The St. Louis Post-Dispatch hopes to again interest some older employees in quitting their jobs — with a new round of buyouts being offered to up to fifteen staffers. That's three times the size of the last buyout round last summer, which included just five people.

Doug Moore, a reporter with the paper and secretary of the executive board for the United Media Guild, says the buyouts are being offered this time around to all Post-Dispatch employees. The only requirement is that takers have at least ten years of experience and be 50 years or older. At that point, union members could get up to six months of severance, depending on how long they've been on staff. (The deal for others is unclear.)

There are 38 guild members who'd be eligible for the deal, Moore says. Packets were distributed to eligible employees Friday.

Tracy Rouch, a spokeswoman for the daily, confirmed the details, saying only that the offer was on the table until March 4.

Union members see the offer as a glass half-full, Moore says. Previously, the paper's owners often mandated cuts first and then left employees who'd been targeted for layoffs waiting to see if they'd be saved by someone taking a buyout instead. Starting with a buyout first, Moore says, is a better feeling.

Still, the union is hopeful the paper will take any cost savings and use it to staff up, Moore says. "We're looking at some vacancies that they say they're going to fill, but haven't been filled for months," he notes. "We're hoping the company will do the right thing and invest in the product so our subscribers, and our readers, can continue getting a quality product."

Among the open positions are the education beat, which has sat open since reporter Kristen Taketa took a buyout last July and headed to a new job in San Diego. That round of buyouts, which claimed five staffers, resulted in layoffs being averted.

The newspaper also recently announced it would be leaving its longtime home on Tucker for a smaller space downtown.