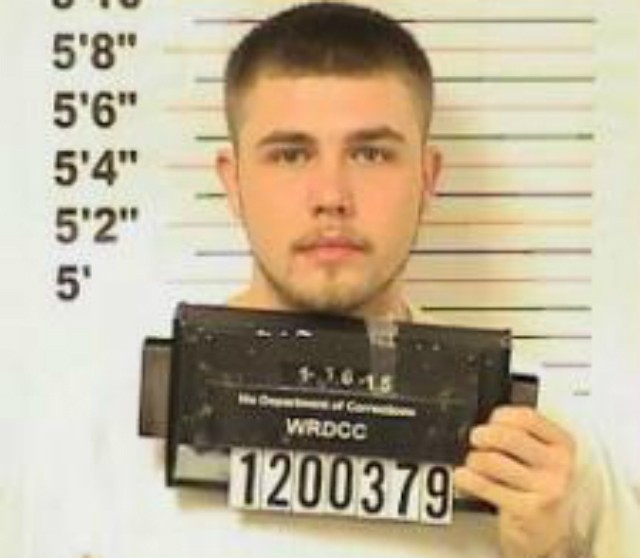 Meth dealers hunting a drug thief in St. Louis are responsible for a pair of murders, including the grisly killing of man whose toothless, charred corpse was found last summer in a burning Dodge Challenger, according to federal authorities.

The case began in July when FBI agents in St. Louis began investigating a 30-year-old ex-con named Adam Mainieri. They suspected he was selling about five pounds of meth every two weeks, according to a search warrant application first reported by the Kansas City Star.

It didn't take long for investigators to trace his supply back to a major meth ring in Kansas City, Missouri, run by 29-year-old Trevor Sparks, authorities say. He was among a dozen Kansas City and St. Louis area residents indicted in December on federal drug charges. Prosecutors allege that the crew moved more the 1,000 pounds of meth over two years, pocketing $8.5 million as part of the scheme.

Sparks, who has previous convictions for robbery, traveled in August with a crew of dealers to St. Louis in search of a drug courier whom he suspected of stealing $30,000 and a car from another courier in Winfield, about 4o miles northwest of the city, according to the affidavit.

When they arrived, they met two other members of the ring — James Hampton and Brittanie Broyles — who were to help with the search, authorities say. Sparks believed that Hampton knew where to find the missing drug mule but was holding out on him, the investigators posit. So Sparks and the other dealers took Hampton back to a house in Winfield where another drug conspirator, Stephanie Thurmond, lived, according to the affidavit filed with the search warrant application. Court records show Mainieri also lived there.

Sparks and two other dealers, including Broyles, tied Hampton to a chair with electrical cords and beat him, possibly with brass knuckles and kitchen pots, authorities say.

On August 2, they bound up his body and put it in the Dodge Challenger, the FBI says. Sparks then allegedly had them get rid of him.

At first, the car and skeletal remains were a mystery. Sheriff's officials told reporters the body was too badly damaged to easily identify. But law enforcement agents tracking the meth ring later discovered the body had been Hampton. When they searched the property around the Winfield house, they sifted through a burn pit. Along with electrical cords, a black pot and a cell phone, they found a set of dentures.

"It was believed HAMPTON wore dentures, however the dentures have not yet been identified as belonging to HAMPTON," FBI Special Agent Tricia McCormick wrote in the affidavit. "In addition, HAMPTON’S charred remains were recovered with no teeth."

On August 8, two days after the discovery in Bates City, a truck driver found Broyles' body next to a pile of telephone poles in Kansas City. She had been shot in the head. The FBI suspects the 28-year-old was killed because she witnessed Hampton's murder and knew he had been dumped in the Challenger.

Over the following weeks, law enforcement agents sent a confidential informant to buy meth from Sparks' crew at a house in Kansas City.

When authorities eventually raided the place in December, they found Sparks hiding in the attic. As they walked through the house, they discovered guns lying all over the place, along with pill bottles, meth and marijuana. There was a bowl of loose ammo in the kitchen and more than $30,000 in cash, separated into stacks and bound with rubber bands.

An informant told investigators Sparks had claimed someone had broken into his storage container and stolen 300 to 400 guns that he collected by trading trading meth.

So far, Sparks and the others are only facing charges related to the drug conspiracy, money laundering and weapons possession. Authorities have yet to charge anyone in the killings of Hampton and Broyles.