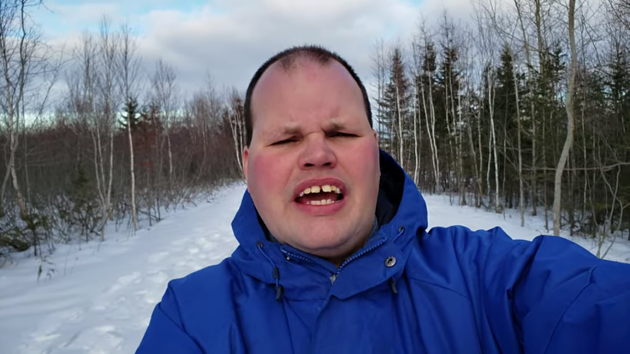 The internet's finest amateur weatherman, Nova Scotia's Frankie MacDonald, has once again turned his attention to the Show-Me-state, warning in his trademark bellow that we're in for a major winter storm this Saturday.

The 34-year-old says the region will face strong winds, blowing and drifting snow, ice pellets and freezing rain. He urges residents to "have your winter boots, winter jackets, hats, gloves, scarfs and ski pants ready." And, of course, "Order your pizzas and Chinese food and buy cases of Pepsi and Coke."

MacDonald has racked up more than 32 million views with his near-daily weather reports directed at cities across the world since joining YouTube in 2011. He's warned Missouri about major winter storms coming to the area on multiple occasions, as always encouraging his viewers to be sure to stock up on competing cola brands.

MacDonald's half-shouted, rapid-paced delivery has earned him legions of fans worldwide — including more than 185,000 followers on YouTube — and has even seen him report the weather for the Canadian Broadcast Corporation and Calgary's X92.9 (CFEX-FM) radio station.

In other words, dude knows what he's talking about. You'd be wise to heed his advice and be prepared with plenty of Pepsi and Coke.