In a Strange Twist of Events, Car Hits the Loop Trolley 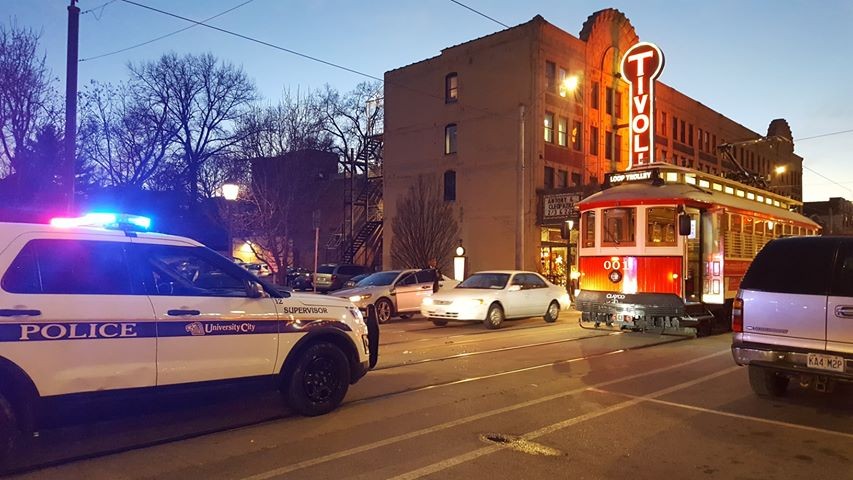 St. Louis’ Favorite Boondoggle™ is in the news again, but not for what you’d suspect. Yes, the Loop Trolley was in another accident with a car, but yesterday must have been backwards day, because the car was the one that hit the trolley.

And because of the trolley's completely unnecessary, expensive existence, we’re all quick to judge and assume that it's always at fault when it finds itself in yet another pickle. So last night when the trolley showed no mercy and ripped the entire door right off a car, we all assumed the worst.

This car lost its door trying to pass the Loop Trolley pic.twitter.com/TLTkxnluuG

The incident happened right outside Iron Age Tattoo Studios (6309 Delmar Boulevard, University City; 314-725-1499) and across from the Tivoli Theatre in the the heart of the Loop. Witnesses reported hearing a loud crunching sound and assumed that the trolley was doing what it does best: plowing into cars and screwing up traffic.

No. This was a man-bites-dog scenario. People on the scene are reporting that a car tried to go around the trolley and the trolley got its revenge, promptly ripping its damn door right off and showing that puny car who was the old-timey boss.

One whole side of the car appeared to be ripped to shreds, even as the trolley stood tall with barely a scratch — the hungry bastard even kept the mangled car door to eat as a snack later. Brutal. They just don’t make ‘em like they used to way back in the nostalgia times, do they?

The Loop Trolley: stay the hell out of its way.