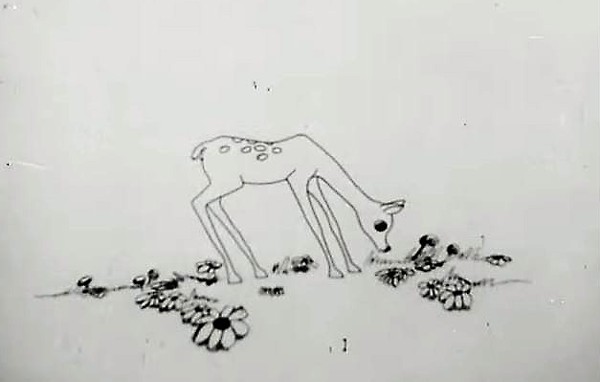 While Disney's animated classic Bambi is responsible for traumatizing generations of kids with mommy-abandonment issues, a Missouri judge is using the beloved film to punish a convicted deer poacher by forcing him to watch Bambi's mom die once a month for an entire year.

The brutal punishment was included in the December 6 order revoking the probation of David Berry Jr., one of four defendants caught in an eight-and-a-half month investigation by the Missouri Department of Conservation into a vast deer-poaching operation that's believed to be responsible for the illegal killing of hundreds of deer.

According to court records, Berry's predicament stretches back to 2016, when he was busted for illegally killing wildlife in Lawrence County and charged with a misdemeanor. This past October, Berry pleaded guilty and was sentenced to a year in prison, with the sentence suspended for two years probation.

But one month later, on November 13, records show Berry violated that probation by killing deer without a permit. On December 6, Lawrence County Judge Robert George revoked Berry's probation — and and slapped him with an additional requirement: During Berry's prison stay, he must watch Bambi. And not just once, but at least a dozen times.

In the judge's own words (emphasis ours):


Berry's criminal history includes multiple charges for illegal hunting. In June of this year, he pleaded guilty in Barton County to unlawful use of a weapon in connection to a 2015 case that landed him a suspended sentence. Now, in addition to his mandated Bambi viewings in Lawrence County, Berry is scheduled to serve an additional 120 days in jail in Barton County for violating his earlier probation.

Berry is one of four Missouri defendants snagged in a wide-ranging investigation spanning state, federal and Canadian law enforcement agencies. According to a press release by the Missouri Department of Conservation, Berry's convictions "are the tip of a long list of illegal fish and game activity by him and other members of his family."

However, David Berry Jr. is the only defendant doomed to suffer the fate of repeated Bambi viewings. It's not clear why this is the case, as the specific details of his deer crimes aren't included in available online court records, and RFT cannot confirm whether every deer Berry illegally killed was a slender mother doe raising an exquisitely animated, wobbly-legged deer baby who was starting to find their way in the world.

In the press release , Lawrence County Prosecuting Attorney Don Trotter estimated that Berry and the family poaching ring killed hundreds of deer over a three-year period and that the hunters weren't after the meat. The targeted deer were trophy bucks, Trotter explained, and the hunters killed them "mostly at night, for their heads, leaving the bodies of the deer to waste."