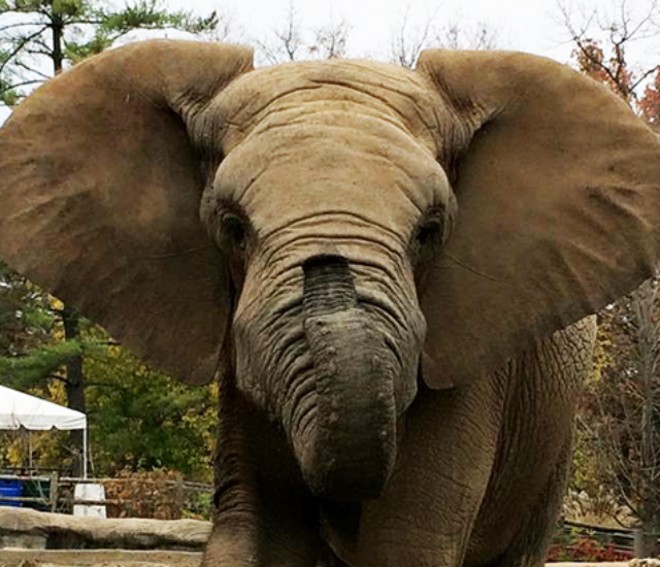 Editor's note: This story has been updated with a statement from PETA.

Max, a fourteen-year-old African elephant, had come to the estate in 2013 from a sanctuary in Arkansas.

"Grant’s Farm is devastated by the loss of our beloved African elephant Max, who passed away on Wednesday evening," Anheuser-Busch said in a written statement.

His death follows those of Toby, a 38-year-old male, and Mickey, a 34-year-old female. No cause of death has been released for any of the three, although Grant's Farm noted Mickey had long suffered from a brain tumor.

Max was seemingly healthy, according to the statement.

"As with our other elephants, Max had been closely monitored by our veterinary staff," Anheuser-Busch says. "While his regular tests in recent months did not show any signs of concern, we know that as a herd animal, he was greatly impacted by the recent deaths of Toby and Mickey."

A fourth elephant, Bud, died suddenly in March of pneumonia.

Th elephants were part of a large exhibit, featuring nearly a thousand animals at the Affton-area estate. Once home to Ulysses Grant, the farm has been owned for generations by the Busch family, who opened up the sprawling estate to the public.

A routine U.S. Department of Agriculture inspection of the farm in January (the most recent records on file) shows only a "non-critical" violation — expired medications in the zoo barn.

The animal rights organization PETA is calling on Grant's Farm to make the necropsies on the dead elephants and veterinary records public.

"A bleak roadside zoo in frigid Missouri is no place for intelligent, sensitive elephants, who are meant to socialize, forage, play, and roam vast habitats in tropical climates," PETA said in a written statement. "As zoos across the country accept that it's impossible to meet the complex needs of these animals in captivity and shut down their elephant displays, PETA is calling on Grant's Farm to follow their example and never again condemn any elephant to a short, miserable life of captivity."