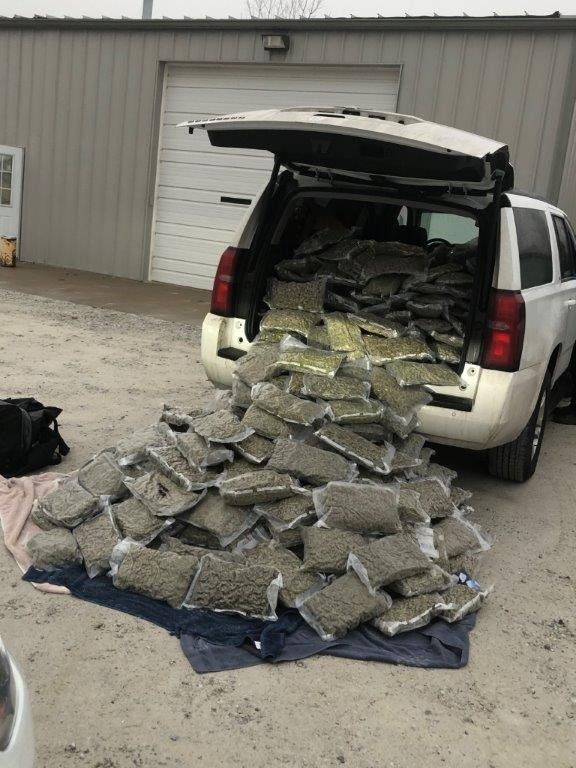 Fans of yuletide festivities and holiday merriment might as well pack it up and find something else to do in late December this year, because after a massive pot bust on I-70 yesterday, Christmas is officially canceled.

The Missouri State Highway Patrol shared a photo on social media Friday morning of a white SUV positively overflowing with Christmas cheer — some 301 pounds of it, wrapped up in bags and vacuum-sealed with care.

According to police, the bust happened in Cooper County, which is in central Missouri near Columbia, about 2 hours and 20 minutes west of St. Louis. Police say they pulled the vehicle over after watching it follow another vehicle too closely.

Yesterday, a traffic stop for following too close on eastbound I-70 at the 101 mm in Cooper County, resulted in a seizure of 301 pounds of marijuana in vacuum sealed bags. pic.twitter.com/WTdUx9cmPB


The SUV was traveling east at the time, which can only mean one thing for those of us in St. Louis: Those small-hearted Highway Patrol grinches stole our weed.

As tends to be the case in these matters, it didn't take long for the internet at large to start mercilessly roasting the police for bragging about the bust. 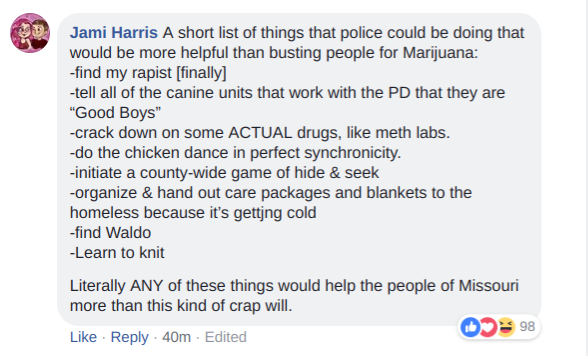 While the citizens of Missouri recently voted overwhelmingly in favor of a law legalizing medicinal marijuana in the state, it would seem that the person driving this vehicle absolutely filled to the brim with loose bags of weed maybe didn't have their paperwork in order. Frankly it's a testament to their stellar customer service and dedication to making on-time deliveries even in the busy holiday months. Santa himself would be proud.

Of the driver, that is, not the police officers. You just know those guys are getting coal this year.