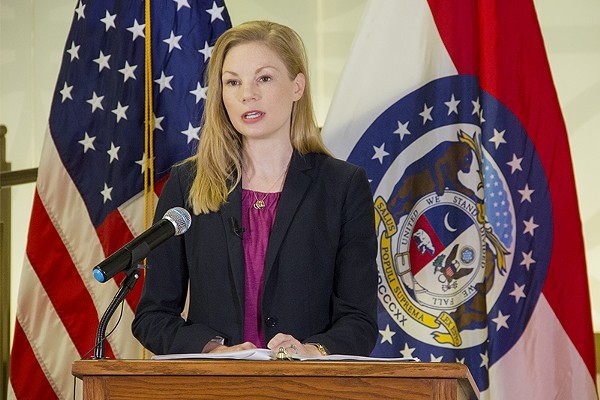 State Auditor Nicole Galloway has agreed to help the secretary of state with an investigation into Attorney General Josh Hawley, promising "heightened scrutiny" of allegations he let political consultants help guide his office.

Secretary of State Jay Ashcroft had asked Galloway for help, noting she has subpoena power to track down records he doesn't have. In return, he promised to share information his investigators uncover during their probe.

The investigation stems from a late October story in the Kansas City Star that revealed how Hawley's out-of-state political consultants helped turn his brief stint as attorney general into a prolonged audition for higher office — even though he had repeatedly railed against just the sort of ladder-climbing politician that might obsess over burnishing his own image, rather than serving taxpayers. The Star's story was followed by a complaint from a liberal organization called the American Democracy Legal Fund.

In November, Hawley easily defeated Sen. Claire McCaskill, the incumbent Democrat. The race was one of the most closely watched in the nation and solidified Hawley's status as a rising Republican star. He's now set to resign his attorney general's post and move on to Washington, D.C.

However, his final weeks have become more contentious that he might have imagined. Ashcroft, a fellow Republican, reviewed American Democracy's complaint and has promised a full investigation.

In Galloway's letter today, she thanked Ashcroft for his offer to share documents.

"Based on your letter, I understand that you have determined that the allegations in the American Democracy League Fund complaint are not frivolous, and are proceeding with an investigation," Galloway wrote. "We appreciate your offer to provide documentation obtained in the course of your investigation. My office will be reaching out to your office to request these documents."

Galloway notes that she was already planning an audit of the attorney general's books, standard practice when an elected state official leaves office. But she said her team will now take a closer look at the complaints raised.

Hawley has blasted the American Democracy's complaint as a partisan attack from his enemies on the left, a line of defense echoed today in a statement to reporters from his spokeswoman.

"As we have explained, this is one of many politically motivated complaints filed during the last election and it is false," spokeswoman Mary Compton said in the statement. "It's a shame this partisan complaint will consume taxpayer dollars."