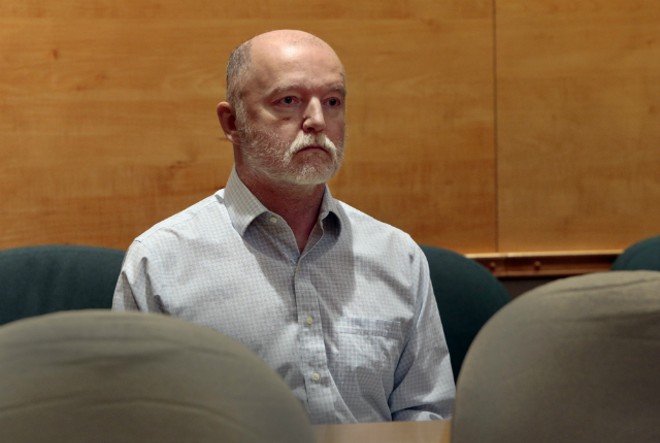 The man accused of murder and sexual assault in last month's Catholic Supply shooting is now a suspect in a September attack on a 77-year-old Jefferson County woman.

The victim had no idea who had attacked her until she spotted 53-year-old Thomas Bruce's photo in the news coverage that followed his arrest in the fatal shooting at the religious store, according media reports. Now, she thinks he is the stranger who ambushed her in her rural Jefferson County home.

Bruce, who had been living outside of Imperial, is facing seventeen felonies, including murder, kidnapping and sodomy. St. Louis County police say on November 19 he pulled a gun on three women at the west county location of Catholic Supply and ordered them into a backroom, where he began to sexual assault them. When one of the women, 53-year-old Jamie Schmidt, refused to do what he said, he shot her in the head, police say. She later died at a hospital.

It was such a horrendous crime that St. Louis County investigators wondered if Bruce had been involved in others leading up to it. The attack in Jefferson County happened less than a month before the Catholic Supply shooting.

KMOV reported that JeffCo investigators had searched Bruce's car as part of the case. He has not been charged in the attack on the woman.

Bruce remains in the St. Louis County jail without bond.