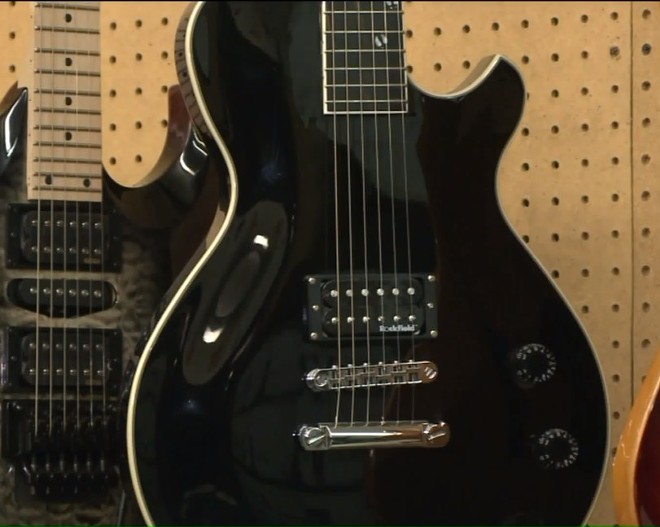 Jefferson County Music owner Darrell Stiles told Fox2 the thieves (he imagines a two-man job) bashed in a window and raided the shop he has co-owned for three decades.

"They had to had to have cased the place before, because they came in and took all the expensive guitars," Stiles told the station.

Among the missing guitars were the three Blake Sheltons, two in black and one in camouflage. The thieves also got two amplifiers. All together, about $5,000 in merchandise was stolen, obliterating the thin margin for a small shop competing against online retailers.

Stiles says he hopes to borrow money to restock his inventory in time for the final days of Christmas shopping.

In the meantime, keep an eye out for anybody playing "Some Beach" on a suspiciously large cache of Blake Sheltons.