Brothers Arrested With Guns, Masks and More Than 1,000 Rounds of Ammo 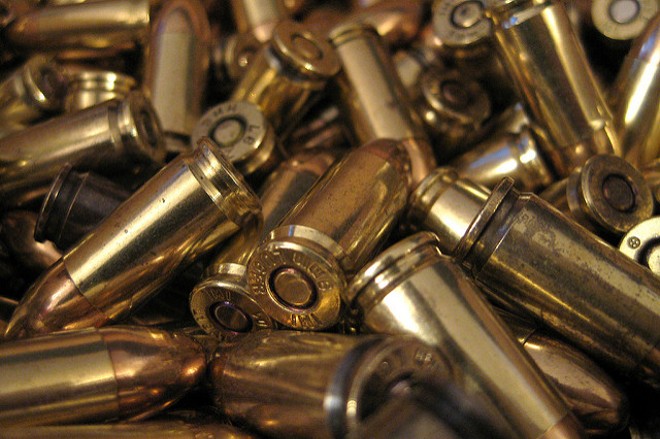 Twin brothers, who disappeared as their mother sought to commit them to a psychiatric hospital, were found heavily armed and later told doctors they had planned to kill multiple people, authorities say.

Benjamin and Joseph Price, 32, had grown delusional and needed to be involuntarily committed, according to the application their mother filed on December 3 in Butler County Court. The application was signed by a psychiatrist.

A judge approved a 96-hour detention so the brothers could be evaluated and treated, but they slipped away before that could happen, Special Agent Beth Dallas of the Bureau of Alcohol, Tobacco and Firearms wrote in an affidavit.

Shortly after 7 a.m. on December 5, the worried mother called the Butler County Sheriff's Office to report that her sons were missing and she had heard they had been spotted at a convenience store in Poplar Bluff. She told deputies about the court order and asked if they could check and see if they were OK.

In 2013, the mother had been made the guardian of her adult sons after a Ripley County judge found they were too mentally ill to care for themselves. The finding included a prohibition against possessing guns.

When deputies arrived at the convenience store, they found Benjamin Price standing outside by his father's GMC pickup and handcuffed him. On his person, he had multiple ammunition magazines loaded with bullets for a handgun, authorities say. A ski mask was tucked in his pocket.

"Benjamin Tyler Price told the officers that the 'Military was after them' and that there was a hit out on his life and he had armed himself for his protection," Dallas wrote.

He told them he had a shotgun, pistol and more ammo in the truck. He added that his brother was inside the store. Employees pointed deputies to the bathroom where they could hear someone messing with the toilet. Deputies opened the door and found Joseph Price. In the tank of the toilet was a Hi-Point 9mm pistol, according to the affidavit.

In the truck, deputies found more than 1,000 rounds of Remington .40-caliber and 9mm ammo along with another 110 rounds of "OO" buckshot, which features larger pellets than bird shot and is a "particularly lethal" round, Dallas wrote.

The brothers were taken to a psychiatric hospital where they were evaluated.

"Both men told the doctors that they were planning to kill multiple individuals with the firearms and ammunition," Dallas wrote.

The brothers were held on charges of illegally possessing firearms by people deemed mentally defective.