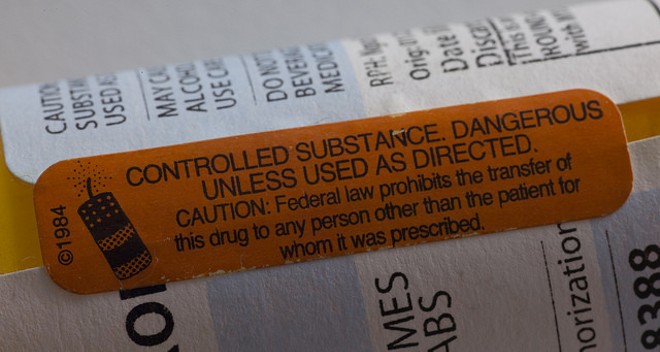 A Missouri doctor was sentenced to more than three years in prison for writing bogus prescriptions to women with whom he had "personal relationships."

Operating his practice out of Warren County, the neurologist lived at various times with three women, identified in an indictment by their initials, and wrote them prescriptions for opioids and painkillers that they didn't need.

"In this particular case, we had a doctor with the power to write prescriptions misrepresenting the truth, supplying narcotics to people with serious addiction issues that he was aware of and bilking all of us who pay taxes while doing it," DEA Special Agent in Charge William Callahan said in a news release.

One of the women had a long-running substance abuse problem, suffering an overdose in 2015 that put her in the hospital. Regardless, Dean at times employed her at his office, paid her bail when she got picked up for driving under the influence and continued writing her prescriptions for her.

He would even pick up the fraudulent prescriptions at the pharmacy and pay for the co-payments. When she blew through her 30-day supply, he wrote new scripts to her relative so as not to raise suspicions, prosecutors say. Over time, the woman's prescriptions for Subsys, a narcotic that includes fentanyl to relieve cancer patient's pain, cost taxpayers $213,000 in Medicare payments. The woman did not have cancer.

Dean sexted with another woman while she was supposedly his patient. One of his medical examinations of the woman happened at a restaurant in Kansas City, Missouri, prosecutors from the U.S. Attorney's Office say.

Along with Subsys, the doctor prescribed a variety of drugs, including Oxycodone, Hydrocodone and Duragesic, a fentanyl skin patch.

He was sentenced to 40 months in federal prison.