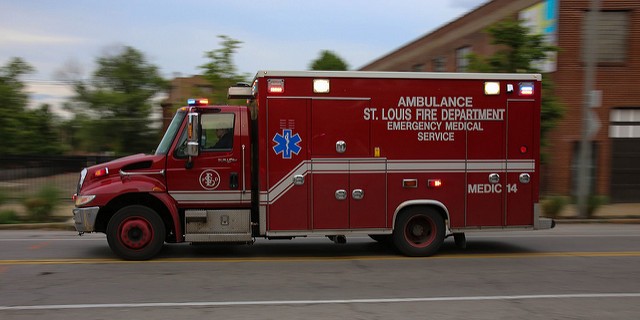 A man who had been taken to a hospital for medical attention early Wednesday morning helped himself to an ambulance on his way out, police say.

The Post-Dispatch reports that the 48-year-old man, who has not been identified by police, was taken to the emergency room of Saint Louis University Hospital after he was found lying in the middle of the street.

The man was receiving treatment from the hospital when he apparently decided he'd had enough and walked right out the door, reportedly hopping into a nearby ambulance before taking his leave.

The theft took place at approximately 3:20 a.m. Police found the vehicle about a mile and a half from where it had been stolen, near the intersection of Lasalle Street and Mississippi Avenue.

The suspect was taken into custody soon after the ambulance was recovered, and booked on suspicion of theft of a motor vehicle. KPLR reports that he will undergo a mental health evaluation.

No one was injured in the incident.