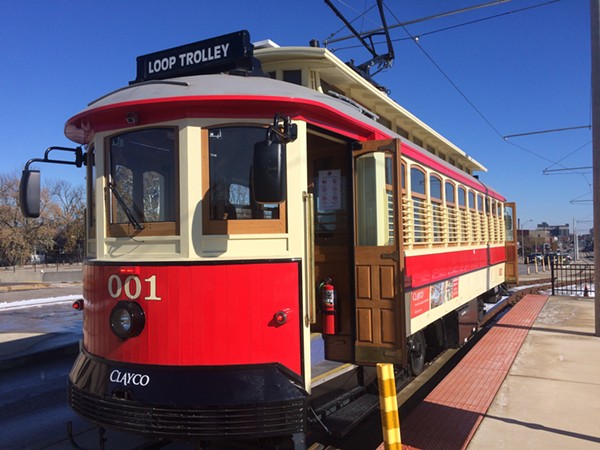 Stephanie Roberts, a mother of three, attempts to get her kids in bed by the reasonable hour of 9 p.m. each night. That's not easy, but it's almost impossible now that the Loop Trolley is running.

The blaring horn from the trolley as it enters and leaves the History Museum/Forest Park station penetrates the brick walls of her home multiple times per night, often waking at least one of her children, she says.

It's bad enough during normal hours, but Roberts and other homeowners near the tracks say trolley operators are breaking an agreement made with residents of the Catlin Tract neighborhood association for a curfew of the trolley’s operation and horn use restrictions.

According to the agreement with the Loop Trolley Transportation Development District, the trolley system is only to operate between the hours of 6 a.m. and 10 p.m. However, the trolley regularly runs late, chugging behind Roberts’ home as late as 11 p.m., she says. (The trolley company did not respond to a request for comment.)

The horn is just the latest problem for Roberts since work on the trolley began. In 2016, she came outside to find crews preparing for construction along the line had ripped out six-foot-tall hedges on her property. At the time, a trolley spokeswoman said there had been a “miscommunication” and apologized.

Now that the system is actually operating, the horns are the headache — and Roberts isn't the only one who is upset. Her neighbor, Eileen Meiners, is also constantly disturbed by the horn and claims she was told that she would not hear anything as the trolley goes by.

“You can hear the beeping throughout every room in the house,” she says. “The whole thing is just ridiculous.”

Roberts and Meiners say they can hear horn blasts every fifteen to twenty minutes nightly while they're inside their homes. The length of the sound can last for a number of seconds, depending on how many times the horn is pressed. Roberts and Meiners say they don't understand why the trolley would ever need to trek to the nearby station past 10 p.m. The Missouri History Museum closes at 5 p.m. on all days except Tuesday, when it closes at 8 p.m. Forest Park closes at 10 p.m. every day.

Meiners wrote a letter to the Loop Trolley Transportation Development District but had not received a response at press time. Roberts also plans on contacting the organization but is upset that it is even necessary.

“It’s important to communicate and be in contact with the homeowners. It’s like we were not even considered,” Roberts says. “It seems as though they are taking a reactive approach rather than a proactive one.”