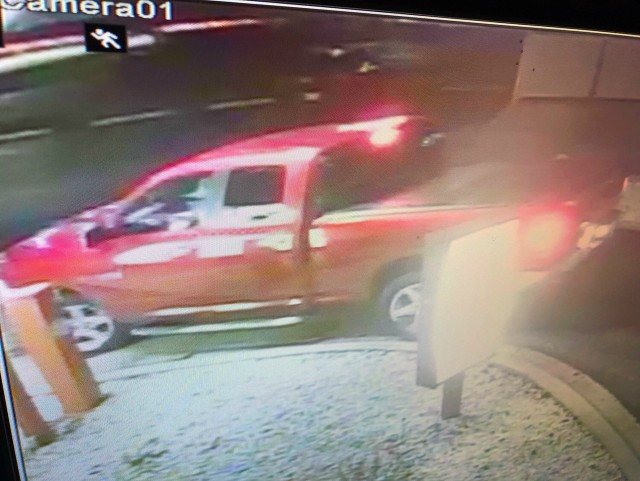 The hungry gunman tried to order about 9:50 p.m. on Sunday, but a female employee told him the kitchen had closed for the night. Police say he swore at her, prompting a chivalrous male colleague to go outside and confront him.

The two men exchanged some heated words before the would-be customer took off. Police say the man returned shortly after and fired at the male employee, who was still outside.

The bullet missed the 29-year-old worker, and the shooter drove away. Police described the armed chicken lover as 25 to 30 years old, bald and about six feet tall, 320 pounds. He was wearing a red shirt and blue jean shorts.

He was driving a newer Dodge extended cab pickup (shown above) that is red or maroon with chrome step rails on the driver's side.