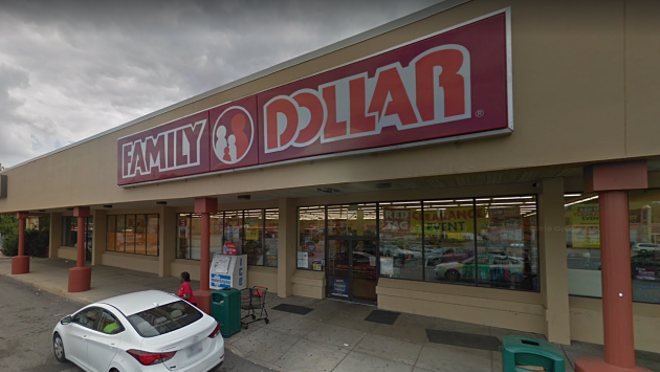 UPDATE 2:06pm: Fox2 reports that police have arrested 43-year-old suspect Cameka Cathey for allegedly stabbing and killing 65-year-old Marybeth Gaeng. Police believe the victim was chosen at random and that the two women did not know each other prior to the attack.

A woman who was shopping in a north county Family Dollar is in critical condition after being stabbed in the face in a random attack Tuesday.

Fox 2 reports that the incident occurred around 11:30 a.m. Breckenridge Hills police say the victim was shopping at the Family Dollar at 9730 St. Charles Rock Road when she was suddenly attacked with a knife by another woman in the store, who stabbed her in the face.

The suspect was reportedly armed with two knives during the attack that were part of the store's inventory.

Police say that the stabbing appears to be a random and unprovoked attack.

The victim was transported to a hospital, where she was listed in critical condition. The suspect was arrested and taken to the St. Louis County jail.

Police also tell Fox 2 that they'd had a separate run-in with the same suspect over the weekend; the woman may soon face charges in that case as well.