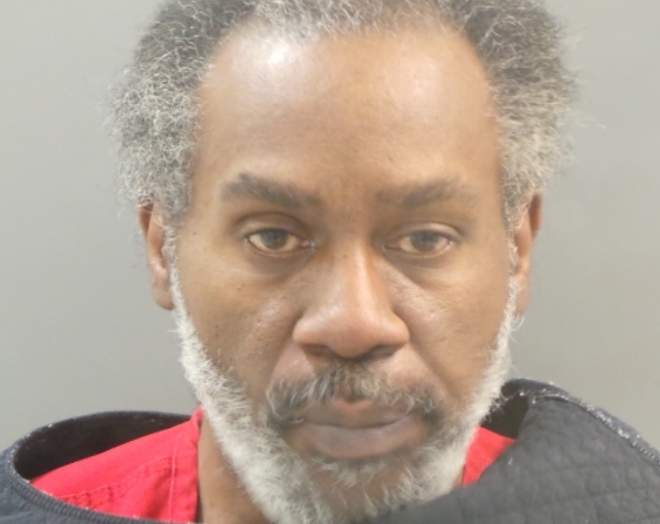 A month before Paulren Stepter hid 23-year-old Brandy Morrison's body in a dumpster, he murdered a man outside a convenience store and left him lying in a vacant lot, authorities say.

The two killings came during a rare period of freedom for the 52-year-old. He was convicted of murder and first-degree assault in 1987. The murder charge was eventually overturned at a re-trial, but the assault charge and its 30-year sentence stuck.

Even before that, he was convicted of robbery in 1981 and sentenced to a decade in prison.

But on December 23, 2016, Stepter was a free man. Police say phone records show his niece called him multiple times that evening after she got into an altercation with Adams. Stepter arrived shortly after. Witnesses remembered him because he was so big — six feet six inches tall and 240 pounds.

"Where is he at?" the tall man said, according to witnesses.

Stepter then went outside, and they heard gunfire. Police later discovered Adams' dead body in a nearby lot. The niece has not been charged.

Adams' killing went unsolved for nearly two years, even as the prime suspect was locked up in Morrison's murder. In that case, the 23-year-old's family reported her missing on January 28, 2017. Investigators found a pool of her blood in a dumpster in the Walnut Park West neighborhood of north St. Louis. But her body was gone. It was only after a detective traced the day's trash to a landfill across the river in Marissa, Illinois, that police were able to search and find her remains.

Witnesses told police that Stepter and Morrison were alone in a basement at 6162 Laura Avenue before she was killed. During the early morning of January 27, 2017, the witnesses heard gunshots come from the basement. They later saw Stepter with a handgun, police say.

He was arrested on January 31, 2017  on charges of first-degree murder, armed criminal action, tampering with evidence and abandonment of a corpse. He has been in custody ever since. A second man, 42-year-old Courtney Williams, was charged with helping Stepter get rid of Morrison's body. The charges were dismissed, and court records show he is expected to be called as a witness against Stepter.