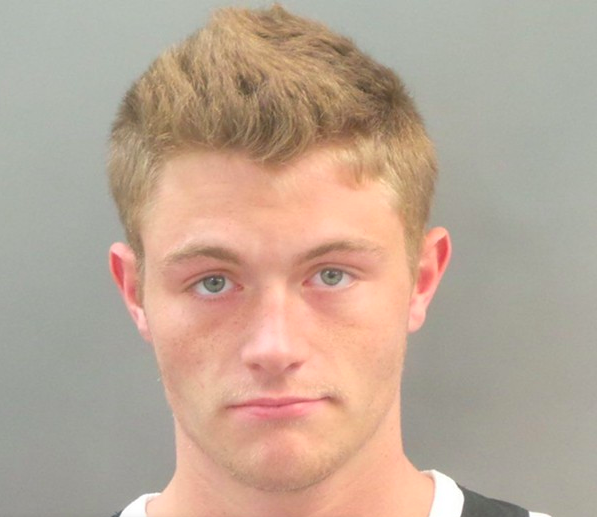 A student-athlete is suing both Saint Louis University and former student Colten Bonk, accusing the Jesuit university of failing to intervene as Bonk abused her.

The student alleges that the abuse continued for months, ultimately culminating in Bonk assaulting, beating, raping and sodomizing her in her dorm room. The St. Louis Post-Dispatch reported in 2017 that the victim, who was the then twenty, told police that Bonk choked her, bit her face and lips and ripped hair from her scalp. Then he raped her.

Bonk, then a nineteen-year-old freshman, was arrested one day after the May 2017 incident. He is currently serving a 120-day "shock time" sentence at the Boonville Correctional Center after a guilty plea in July.

Morry S. Cole, an attorney at Gray, Ritter & Graham, filed the lawsuit on behalf of the victim yesterday in federal court. Cole said Bonk and the young woman had dated prior to the attack.

The suit details a series of warnings about Bonk, saying Saint Louis University should have been aware he was a threat. A resident assistant brought Bonk to the university's attention in the fall of 2016 in "a detailed and desperately alarming lengthy report of abuse, violations of policies and violations of visiting restrictions," the suit alleges. Yet, it continues, "SLU did nothing to intervene, discipline Bonk or protect plaintiff."

However, in a statement, the university said that the female student resisted its efforts — and did not come forward to SLU officials with any complaint about Bonk until after the May 2017 incident.

"In December of 2016, a fellow student expressed concern that [the student] might be in an abusive relationship with Bonk," SLU's statement says. "Very shortly thereafter, SLU reached out to [the student], offering to meet with her and to provide support. The University did not receive a response."

As soon as the student reported the assault, the university said, it helped her contact the police and "cooperated closely with the police on their investigation. SLU also launched its own internal investigation through its Title IX Office and provided a full array of support services and assistance to [the student victim]."

"SLU maintains a robust program to create a safe and inclusive educational environment for all students," the statement continued. "The University provides training and programing to students and employees, maintains comprehensive policies, and provides personnel dedicated to counseling and supporting students who have concerns about their safety. All members of our community are encouraged to report incidents of sexual misconduct to the Title IX Coordinator."

But the young woman's attorney, Cole, says the university's lack of action on early complaints about Bock is a violation of Title IX, which seeks to ensure access to education regardless of gender.

"The bottom line is, policies and procedures consistent with Title IX have to be in place," Cole says. "But that's not enough. They also have to be followed."

"The University condemns any assault, especially when it happens to one our students," its statement says. "However, we are disheartened that [the student] has included the University as a defendant in her lawsuit against Bonk. [Her] lawsuit makes the serious allegation that the University did nothing to protect her. That is simply not true ...

"The University plans to vigorously defend itself against the unwarranted allegations in this lawsuit."