Loop Trolley Opening Canceled Due to Snow, Proving Even God Is Against It 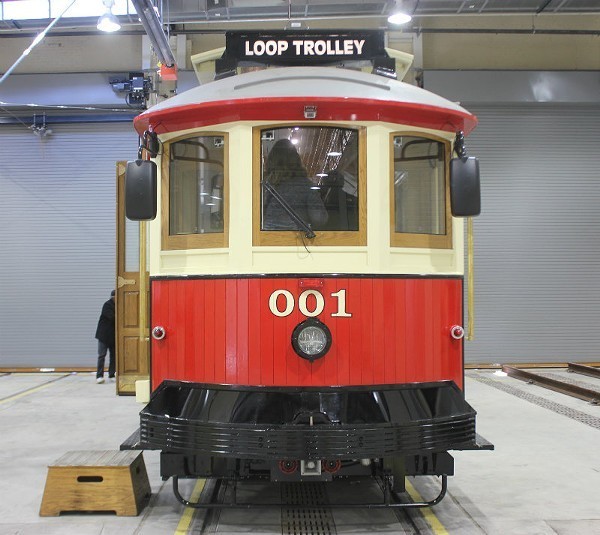 Today's scheduled opening of the Loop Trolley, which was set to ferry its first paying passengers at noon down a wholly redundant route already reliably serviced by the Metrolink, has been canceled due to snow, proving once and for all that even God Himself is against it.

Following years of delays, millions of dollars, numerous shuttered storefronts, multiple shattered bones and at least two collisions with (parked!) vehicles, today was going to be the day the ol' timey form of transportation finally officially lurched to life — but it was simply not to be.

An invite-only ribbon-cutting event with federal, state and local officials at Delmar Hall is still set to proceed as planned at 10:30 a.m. (my, what a terribly grim affair that's going to be) but the noon start time for trolley service has been called off due to the severe weather affecting the St. Louis area.

"Our planned 'Grand Opening' event for this morning will still occur," reads a post on the Trolley's Facebook page. "However, due to weather conditions, we will not be entering into revenue service as planned. Revenue service is planned to begin tomorrow, weather permitting. Please reference the Loop Trolley Company web page for hours of service."

And so, thanks to the divine intervention plainly on display in this matter, the St. Louis region continues to be bereft of trolley service. Frankly, there are probably a lot of parked cars saying "amen" to that.

Stay tuned for tomorrow, when a Great Flood overcomes the Earth and Joe Edwards is turned into a pillar of salt while attempting to charge pairs of animals exact change for a ride.

Truly, He is good.