Hey Missouri Democrats, There Is Actually a Huge Amount of Election News to Celebrate 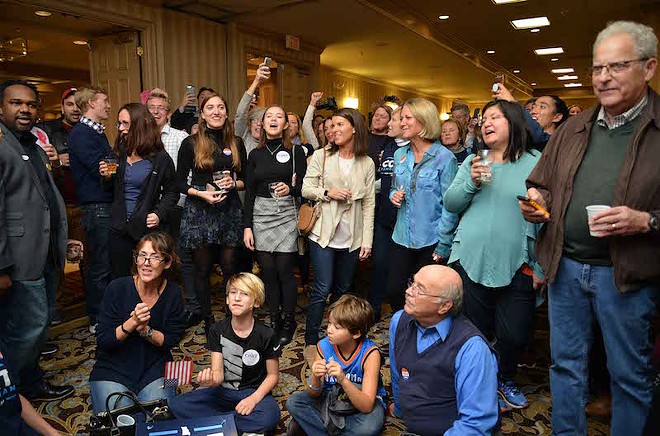 Yeah, so U.S. Claire McCaskill (D-Missouri) couldn't hold off the Red Wave that's swept Missouri in recent years. And Cort VanOstran couldn't quite beat Congresswoman Ann Wagner (R-Ballwin) in the St. Louis suburbs. Do not despair! There was still plenty of good government for Democrats to get excited about.

Namely ...
Really, if the outcomes of the state's various amendments and ballot propositions were to be believed rather than the races predicated on party affiliation, this state is looking deep purple, if not outright blue.

In light of Hawley's victory and the near-total monopoly Republicans have on statewide offices, it's kind of bizarre, as writer Sarah Kendzior noted on Twitter last night:

Missouri voted for progressive ballot measures -- raising the minimum wage, medical marijuana, campaign finance reform, and in August, an overwhelming vote to protect unions -- and then voted for GOP candidates who want to strike these same policies down

But when it comes to last night's returns, believe it or not, there's even more good news locally:
And finally ...

Now that Josh Hawley made it up that ladder he's dreamt of for so many years, we may not have to see his utility trailer around Missouri for six years .... maybe more. Reliable sources say he's signing up for a D.C.-area gym membership even as we speak.