Missouri Has 3 Medical Marijuana Measures. Here's How to Vote Strategically 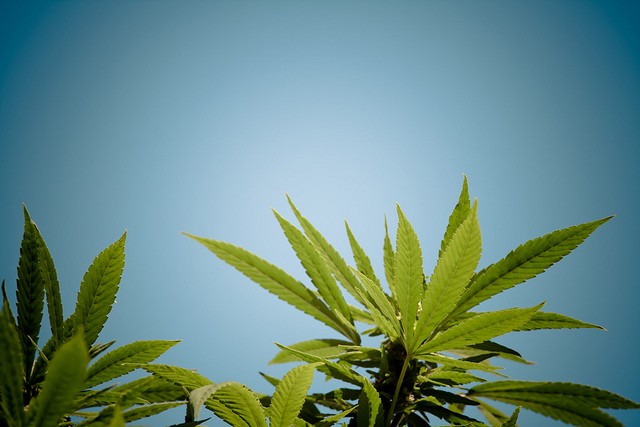 If you're looking for the elegant simplicity of democracy, the November 6 Missouri election is not it. It is instead a rolling party bus containing one of the most closely watched Senate races in the country, ballot measures to raise the minimum wage and redraw statehouse districts, and on top of all that, three separate measures to legalize medical marijuana.

And getting a handle on this weed stuff is much more complicated than, say, McCaskill vs. Hawley. Two of the medical marijuana measures are constitutional amendments, meaning only the one with the top vote total goes into the constitution. A third measure would legalize medical cannabis by creating a new state statute, which means it could pass concurrently with a constitutional competitor and still go into effect.

And that's before even getting to the details within each measure. Here's a quick overview:

Amendment 2 is backed by legalization activists. Yes, they failed to get the job done in 2016, but they're true believers who want to see medical marijuana legalized and think this is the year to do it. As such, their measure is the most clear-cut and has won the most backing from groups that care about this issue.

Amendment 3 is the pet project of a lawyer/surgeon/millionaire who claims his plan to legalize weed can fund a cure for cancer. More on him, and that, here. If you want to entrust one dude with arranging Missouri's medical marijuana industry and the brand-new state agency it would fund — a research center tasked with curing incurable diseases — this is your amendment.

Proposition C is funded entirely by dark money. Somebody wants medical marijuana legalized, and they've hired Rex Sinquefield's pet group to do it. If that's your cup of THC-tinctured tea, this is your proposition.

See also: Missouri Has Three Marijuana Initiatives on the 2018 Ballot. Here's the Breakdown

Want a little more detail? Have a particular component of medical marijuana (cost, access, flexibility) that matters most to you? Here's how to vote depending on your particular concerns.

If you want patients be able to grow their own weed: Vote yes on Amendment 2. You must also vote no on Amendment 3 (since its passage could cancel out 2's success).

This one is simple. Of the three ballot measures, Amendment 2 is the only one that allows patients to cultivate up to six plants, though they would also have to register with the state and pay a $100 annual fee.

Although Prop C is backed by a bunch of secret donors (and Rex Sinquefield's lobbyist), it's clear on one point. Its proposed sales tax, 2 percent, is the lowest of the three measures. Amendment 2 would set a 4 percent tax, and Amendment 3 tops the group at 15 percent.

And keep in mind: If one of the constitutional measures passes, its tax could very well stack on top of Prop C's. So if low prices are your main concern, you might want to put all your eggs in this basket.

If you think cannabis sales should bolster Missouri revenue: Vote yes on Amendment 2.

Amendment 2's plan to legalize medical cannabis would cost the state an estimated $7 million per year, but it would kick $18 million into Missouri's coffers. Part of the money would fund regulation and licensing of the state's new cannabis industry, but the proposal also creates a fund for veterans' healthcare and workforce development. (Note: Although Amendment 3's tax rate is higher, at 15 percent, that proposal would attempt to funnel all its revenue into the research institute controlled by the proposal's author and funder.)

If you think constitutional amendments are BS: Vote yes on Proposition C and no on the others.

Missouri is a state with bicameral legislature, but it struggles to get things done, leading to a wave of constitutional amendments presented as ballot measures. Some critics warn this isn't a real solution to the state's legislative paralysis, and implementing these amendments can create years of legal headaches. Unlike Amendment 2 and Amendment 3, Prop C's state statute could conceivably be tweaked by lawmakers, but the campaign's spokesman, Travis Brown, says the flexibility that will be a boon when responding to a brand-new industry.

If you care about endorsements: Vote yes on Amendment 2, and no on the others.

New Approach Missouri's plan is the one that's lined up support from drug reform groups like the Drug Policy Alliance and the National Organization for the Reform of Marijuana Laws. It's also been endorsed by the St. Louis Post-Dispatch, St. Louis American and the Joplin Globe. The measure also got the nod from Springfield News-Leader columnist Steve Pokin and the Columbia Tribune's Hank Waters.

If you are literally Dr. Brad Bradshaw: Vote yes on Amendment 3 and no on the others.

Hey, you paid for it, go right ahead and vote.

Sorry, it's not happening this year, unless the federal government does something truly spectacular and upends the prohibition on cannabis for the entire country. The Trump administration is apparently seeking public comment on potential marijuana reforms, but his administration is also a rat's nest of conflicting ideologies, so there's no way to tell.