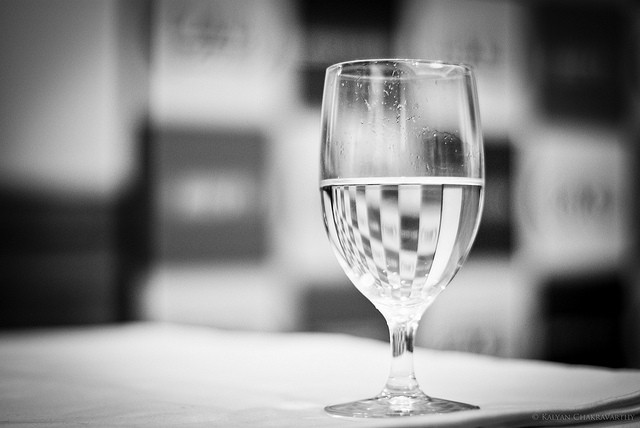 A former Missouri utility official whose company oversaw the drinking and wastewater services for a small vacation community in Potosi pleaded guilty today to a felony in federal court — and admitted to making a false statement to investigators about the amount of time residents had been exposed to high levels of lead in their drinking water.

Dale Johansen, 63, ran a company called Johansen Consulting Services, LLC, which from 2012 to early 2017 handled drinking and wastewater utilities for the tiny Rogue Creek vacation community in Potosi, about 70 miles south of St. Louis. Prior to that time he worked for the Missouri Public Service Commission for 28 years, twelve of which he spent overseeing the commission's water and sewer services.

The water supply in Rogue Creek has long been known to contain high amounts of lead, and starting in 1994 the drinking water was treated for the toxic substance, with a lead reduction system later put in place with help from the Missouri Department of Natural Resources.

Part of Johansen's job as receiver for Rogue Creek Utilities Inc. was to sample and test the community's drinking water for lead. But when a routine inspection in March 2016 showed that the facility's lead reduction system was not operational, Johansen quickly found himself in the hot seat.

Johansen said at the time that the system had been offline for six to eight weeks. But an investigation revealed that the water had actually not been treated for six months.

All that time, Johansen continued to bill customers full price for services — including the lead removal he wasn't doing. For those actions, Johansen was charged in January with four counts of mail fraud.

"He was just hiding things from us," Jim Foltz, president of the Rogue Creek Valley Trusteeship, told RFT back in January. "He was claiming that the testing was good."

That same March, the Department of Natural Resources issued a "do not drink" order for Rogue Creek, which wouldn't be lifted for more than a full year. It wasn't until after Missouri American Water took over in March 2017 that officials were able to get a handle on the matter, spending some $60,000 on upgrades in the process.

Johansen said in his plea Tuesday that he lied to investigators when he told them the lead reduction system was only out of commission for six to eight weeks, and admitted that he knew at the time that it had been down for six months.

The charge of making a false statement carries a penalty of up to five years in prison, a fine up to $250,000 or both. Johansen will appear for sentencing before U.S. District Judge Audrey G. Fleissig on January 29, 2019.

“The defendant’s actions exposed the residents of the Rogue Creek community to elevated levels of lead in their drinking water,” EPA Special Agent in Charge Jeffrey Martinez says in a statement. "This case shows that EPA and our law enforcement partners are committed to taking action to protect the public from lead exposure.”