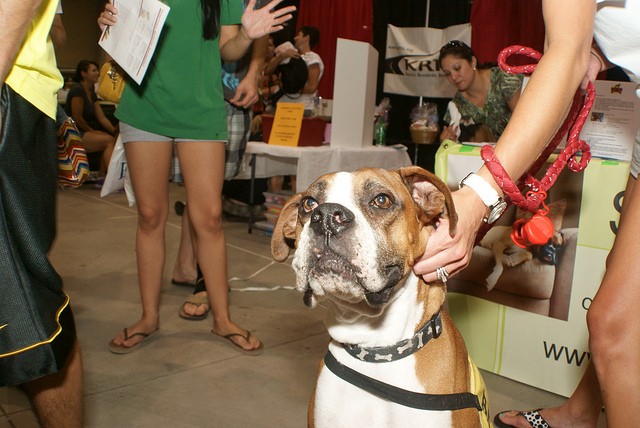 For more than seven months, the organizers behind Amazing Pet Expos have promoted the return of their flagship event to St. Louis. A website and Facebook page touts the ninth St. Louis Pet Expo at the St. Charles Family Arena, with the dates listed as November 10 and 11.

The only catch? The St. Charles Family Arena emphatically says the event is definitely not happening.

That would be news to potential vendors and visitors, including anyone who visited the St. Louis Pet Expo event page and website. Last year, the St. Louis-based company's annual flagship event was cancelled with only days' notice, and even that development came only after the venue, the St. Charles Convention Center, publicized the cancellation on its own website.

The fiasco of the 2017 St. Louis Pet Expo was one example of the widespread collapse of the company's pet-focused empire last year. Expos across the country folded at the last minute, and multiple vendors complained to the media about slow or non-existent refunds. Some vendors went as far as accusing the company's married owners, William and Sheila Rilenge, of fraud.

But the Rilenges didn't take the criticism sitting down. The released a statement alleging that their company's struggles were actually the result of a disgruntled former employee who sabotaged financial records and believed William Rilenge was the anti-Christ.

The company also lashed out directly at its critics. In at least one case, they sent a cease-and-desist letter to a spurned vendor who had complained to the media about getting ripped off.

"We are also fighting back legally against the few organizations and vendors who are illegally contacting our vendors, other exhibitors, venues and others in an attempt to disrupt daily business," Amazing Pet Expos said at the time.

That pattern appears to be repeating itself. According to online court files, Amazing Pet Expos filed suit in March against both the St. Charles Family Arena and manager Tom O'Keefe.

Update 1:30 p.m.: In an interview, William Rilenge acknowledged that the expo is effectively cancelled, and he does not expect the St. Charles Family Arena to host the event.

"We don't think they're going to let us in," he says. "We're not selling booth space, we're not selling tickets." However, he refuses to take down the website or social media page, as he maintains that his legal dispute against the Arena, which is over the contract for the event, still has merit.

Rilenge also contends that Amazing Pet Expos' recent struggles aren't a sign of fraud, but represent the damage wrought by the aforementioned disgruntled employee, whom he accuses of sowing chaos in the company by maliciously cancelling insurance policies and events in 2017.

Whatever happened in 2017, though, Bob Schnur, director of finance for St. Charles County says the current situation is simple. He says the contract with the arena was voided in March.

"There is no contract. The contract was terminated for non-performance," Schnur says. "They never made a payment to us, other than the payment that was dishonored by the bank."