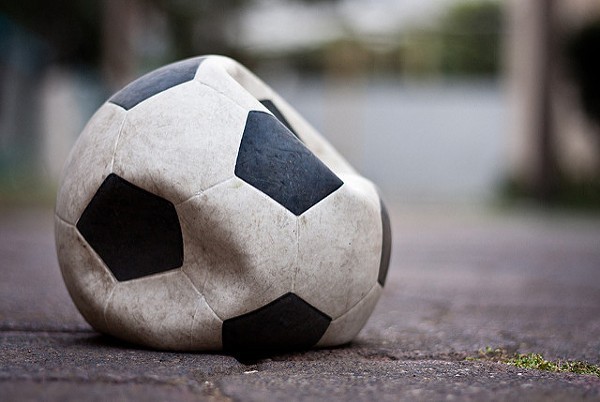 An unhappy soccer mom has abandoned her lawsuit seeking to force the Ladue Horton Watkins High School soccer coach to put her son on the junior varsity team — but she's not giving up yet.

And hey, why should she? The federal government's Office of Civil Rights has offered its services as a mediator.

In paperwork filed yesterday, the mom (identified only as "Jane Doe") asked the court to dismiss the lawsuit. But within it, she also indicated that she would be pursuing the complaint she'd previously made with the feds.

"Today, Plaintiffs received a notice from the federal Office of Civil Rights (“OCR”) referring their September 17, 2018 civil rights complaint against Ladue Horton Watkins and the Ladue School District for violation of John Doe’s civil rights under the Age Discrimination Act of 1975 to mediation with the Federal Mediation and Conciliation Service," lawyers for Jane Doe wrote. "While Plaintiffs hope that a resolution can be reached, they now intend to exhaust their administrative remedies with OCR and to reconsider their options at a later date."

You read that right: The lawsuit has been dismissed in a way that allows the boy's mother to refile it later, should she so chose. But in the mean time, mediation it is.

The mom filed her lawsuit on September 26, but suffered a major setback last week, when U.S. District Court John A. Ross denied her request for a restraining order to would place her son on the team. Absent quick action, she'd argued in her lawsuit, the boy would suffer "irreparable harm" — the soccer season, after all, was already half over. Judge Ross was unswayed.

As for those wondering what the heck high school soccer has to do with civil rights law, Jane Doe has alleged that the Ladue school district engaged in age discrimination — saying that boys in the junior class were cut from the junior varsity team even if their skills were as good as younger players. Voila! A violation of federal law.

The school district's head soccer coach, for the record, has denied that there was any such hard-and-fast policy, testifying that his main goal was "to fill out the teams' rosters in a manner that maximized the competitiveness of the program by devoting its limited time and resources to the players most likely to be or become significant contributors to the varsity team."

Judge Ross wrote that he found the coach persuasive.