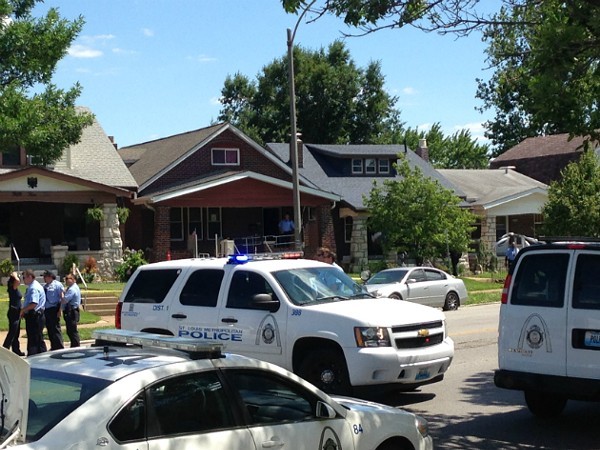 If you ever wanted to be a cop in St. Louis without having to, you know, live in the city, here's your chance.

St. Louis' Civil Service Commission has decided to waive the residency requirement for as many as 50 recruits. With the police force down by as many as 150 officers, Mayor Lyda Krewson requested the move.

"This is an issue of public safety," Krewson said in a prepared statement. "Waiving the residency requirement will help us broaden our recruiting efforts."

The city has had trouble filling the ranks of its police department. Full staff is about 1,300 officers, but numbers routinely fall well below 1,200. It's been a tricky problem. Chief John Hayden previously told the RFT there used to be waiting lists to get into the academy, but classes in recent years have been comparatively meager.

It has been especially difficult to recruit minority officers. Our June cover story detailed the efforts of the police union representing black officers, the Ethical Society of Police, to diversify the department through its pre-academy — a ten-week program to prepare potential officers for the actual police academy.

At the direction of Public Safety Director Jimmie Edwards, the city has also launched a cadet program to introduce potential recruits to police work while they're still in their teens.

Softening the residency requirement has long been discussed as a possibility to entice new officers, although critics have argued it could widen the gap between the community and police.

The new change is to take effect on December 1.