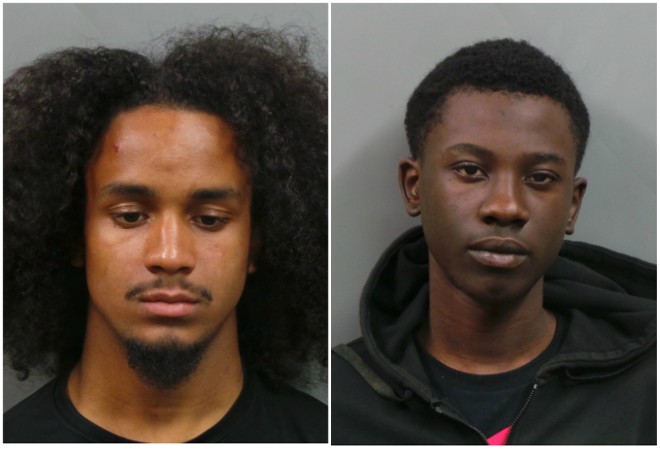 Stealing cars is apparently a lot tougher than you might think.

A trio of ambitious-but-clumsy teens bumbled around a CarMax lot early this morning in St. Peters, mangling cars and the showroom building before the cops showed up. The hapless teens then ran off on foot with exactly zero cars, authorities say.

About 3:25 a.m., a security company called police after spotting the burglary in process. The teens, ages fourteen to nineteen, had managed to get into the building and start up a 2016 Lexus IS300 and a 2014 Jeep Grand Cherokee, police say. The only problem appeared to be getting them out of it.

One of the intruders tried to plow through the showroom's window in the Jeep, but hit another vehicle and lodged the SUV in the window frame. Meanwhile, another of the teens hopped in a 2015 Mercedes Benz C300 and was headed off the lot when he got it stuck on a concrete parking barrier, police say.

Officers arrived within minutes of the security company's alarm and immediately arrested the fourteen-year-old. The two others ran for it. Within twenty minutes, police arrested nineteen-year-old Matthew Quiles of University City. A couple of hours later, they took Derrick Hudson, seventeen, of St. Louis, into custody.

Quiles and Hudson were charged with burglary and stealing a motor vehicle. They were held on $50,000 cash bonds at St. Charles County Jail, while the fourteen-year-old was sent to Family Court.

Police say the three banged up two additional vehicles besides the ones they drove during the poorly executed spree, causing an estimated total of $175,000 in damage to the vehicles and building.