These New Soulard Apartments Are Leasing for $3,070/Month (Gulp)

Look how fancy Soulard is getting: That big new apartment complex at 13th Street and Russell is leasing two bedroom units for as much as $3,070/month. And the building is already 40 percent booked.

The $29 million project involved demolishing an old warehouse to erect 130 new units in a four-story building. It's one of the only recent from-the-ground-up multi-family builds in the historic neighborhood.

And it's got amenities more associated with high-end suburban complexes than their (generally older) city counterparts. There's a rooftop swimming pool with grilling stations and big flat-screen TVs, a ground-floor private courtyard with a hot tub, a fitness center and concierge services. 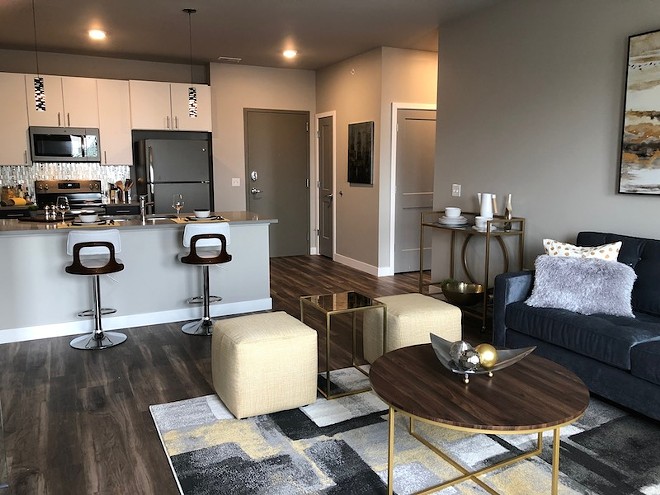 The project, called 1400 Russell, is apparently not just drawing bros seeking proximity to Soulard's nightlife. Julie Graziano of Asset Residential Management, which is handling the leasing, says in a release, “Residents have been a mix of empty nesters and young professionals who enjoy the vibrant Soulard neighborhood and surrounding areas.”

That doesn't mean they're all paying $3,070 monthly; a spokesman for the project says that sum is for the best suites, which offer private balconies with stunning views of downtown. There are numerous other price points — and hey, studios, start at just $965.

Should we file that one under "steal"? Let's face it: Everything in real estate is relative. And if it's $525 to get a Central West End spot with a toilet in the kitchen, who wouldn't pay twice that to live in the lap of luxury? 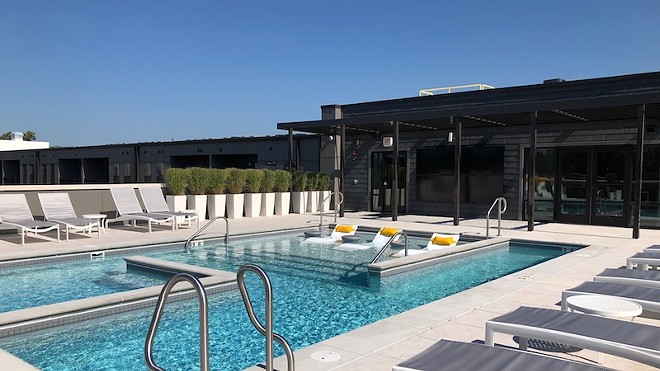