Artificial Turf in a Historic District? Preservation Board Ponders Request 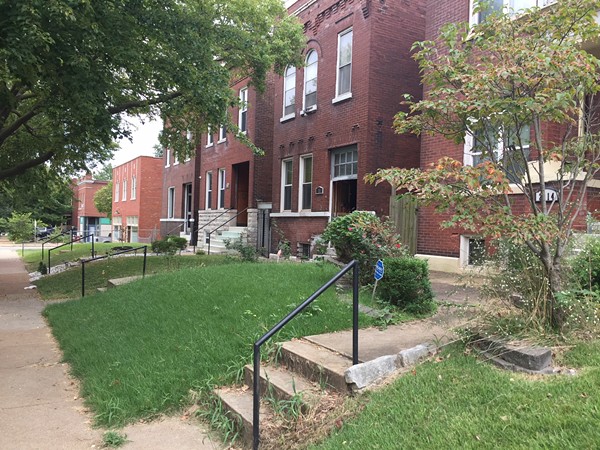 A new resident of the McKinley Heights neighborhood has an unusual request for the city's Historic Preservation Board: He wants permission to replace his lawn with artificial turf.

Corey Cox says he purchased his home earlier on Ann Avenue in June. There has been just one problem: The narrow lots mean that any weeds growing in his neighbors' lawns quickly make gains in his own. Add in the fact that he's frequently traveling for his job as a banking technology salesman, and then factor in his allergies, and he started realizing he'd be a lot better off tearing up the lawn and going with something artificial.

"My guy who did the resodding, he told me turf would be a better option," Cox says. "Otherwise, he'd be right back again next year." He says he found a terrific product that looks just like real grass — "this is extremely nice, I didn't want golf course putting turf," he says — and, while it's more costly in the short term, he sees a win-win in the long one.

In the packet given to the city's Historic Preservation Board, which will consider Cox's request at its meeting today at 4 p.m., staffers note that the area's Historic District Development Plan and Design Standards never specifically mention artificial turf.

But, they continue, "The Cultural Resources Office contends that appearance of artificial turf is not interchangeable with grass, which historically was the main landscaping material for front yards in McKinley Heights, and continues to be so today." The staff has formally recommended that the board "withhold" its approval.

Cox says he plans to plead his case.

"Their vote could cost me tens of thousands of dollars in the coming years," he says. "And it's based on a lack of knowledge of this kind of turf. That's not right."

Cox believes other homeowners in the city's historic preservation districts have installed artificial turf — and few people have even noticed, much less been bothered by it. The only difference in his case, he says, is that he tried to follow the law by asking first.

"A lot more people have fake grass than you think," he says.