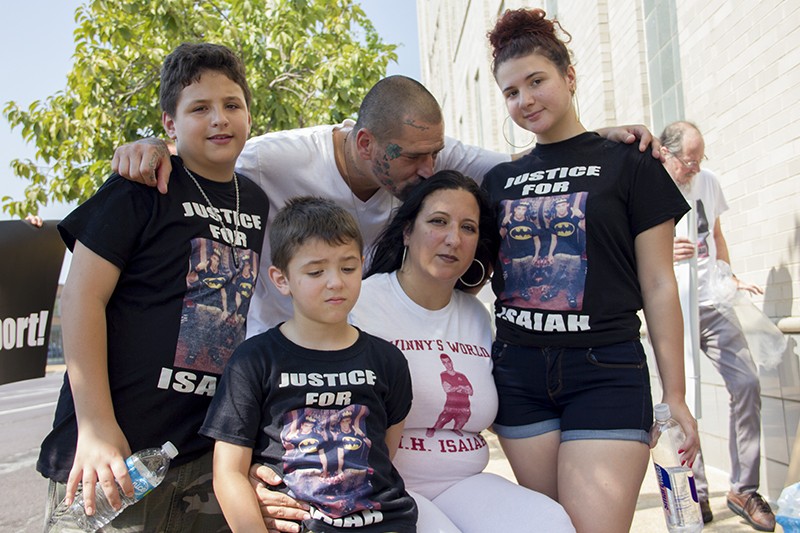 When Gina Torres woke up this morning, she was greeted by the bullet holes that still mark the south-city home where her son Isaiah Hammett was killed in a SWAT raid last year. Today would have been his 23rd birthday.

"Every day I have to look at the bullets. It's really hard," she says, with tears in her eyes.

Her fiance grabs a colorful polka-dotted napkin off a nearby table, which is situated outside the headquarters of the St. Louis Metropolitan Police Department. On the table is a birthday cake. Torres wipes the tears from her cheeks.

"When I wake up, I can feel my son there with me," she says. "I keep wishing my son walked through that door."

To his family, Hammett's death on June 7, 2017, was a murder. According to police, though, Hammett had fired an AK-47 in the direction of eight officers who were raiding the family's home that day. The officers claim they returned fire, striking Hammett, then 21. No officers were injured. The numerous rounds discharged in what police called a "firefight" left the home marked by death and unanswered questions.

At the time, acting police chief Lt. Colonel Lawrence O'Toole told reporters that police suspected Hammett was selling drugs and weapons at the house. At 11:20 a.m., members of the SWAT team broke through the front door and tossed a flash bang inside; that's when Hammett began firing on the officers with an AK-47, O'Toole said. 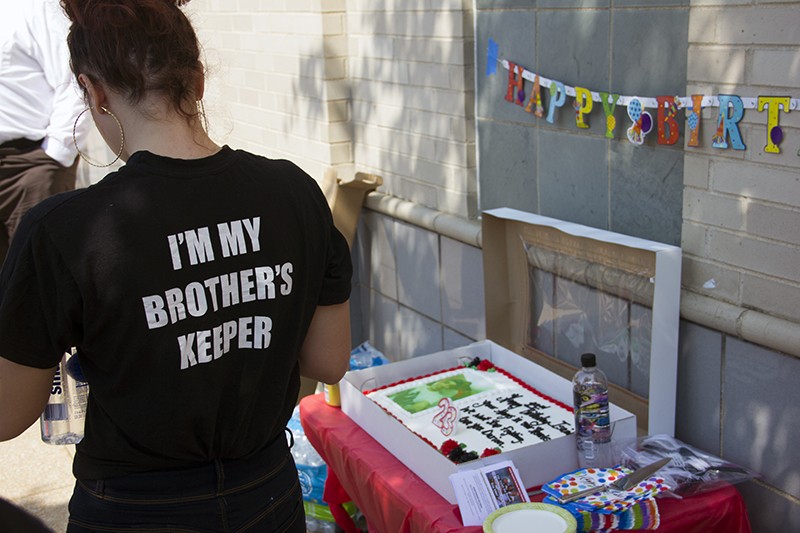 But in the year since the shooting, the family says it's gained little clarity on the causes of the raid. Hammett's criminal record consisted of a misdemeanor conviction for possession of less than 35 grams of marijuana, and his mother says she still can't fathom why he was the target of a heavily-armed SWAT action that ultimately took his life.

Crucially, Hammett's family has yet to see department's internal investigation, which was conducted by the Force Investigative Unit. In an email Thursday, police department spokeswoman Michelle Woodling revealed for the first time that the report has been completed. She says it's currently under review by the Circuit Attorney's Office.

The city's top prosecutor, Woodling wrote, "will make the determination if any charges will be issued." It's not clear if the reference to charges refers to the officers in the raid or to other parties.

In the mean time, Hammett's family claims it hired an independent forensic investigator to evaluate the scene of the shooting. They say the expert found evidence that police fired more than 100 shots at Hammett, and that bullet holes indicate there was no return fire. 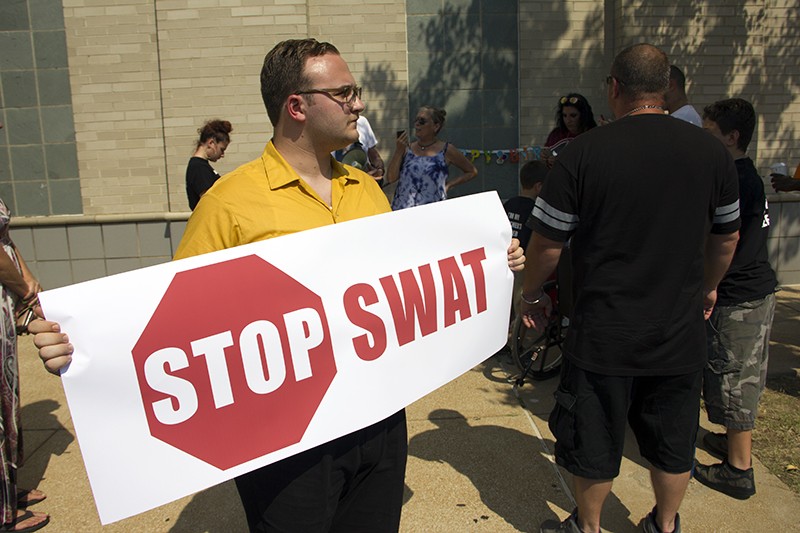 This afternoon, Hammett's family was joined by about a dozen supporters to call on the department to complete its investigation, and to demand accountability for what they contend was a police-enabled execution. The "birthday party" concluded with the protesters marching to the offices of the Civilian Oversight Board.

The details of the shooting, including ballistics reports and physical evidence, are likely among the key issues in the Force Investigative Unit report currently in the hands of the circuit attorney. Hammett's family only learned today that it had been sent to prosecutors thanks to reporters on the scene of their press conference.

Still, the report's completion brings little consolation to Torres. Sitting outside the police headquarters, she recalls the 23-hour labor that birthed him, and that he chose to spend his last birthday, his 21st, with her.

"I had him today at 9:31 this morning," she says. "He had a hard time coming into this world. He should never have left." 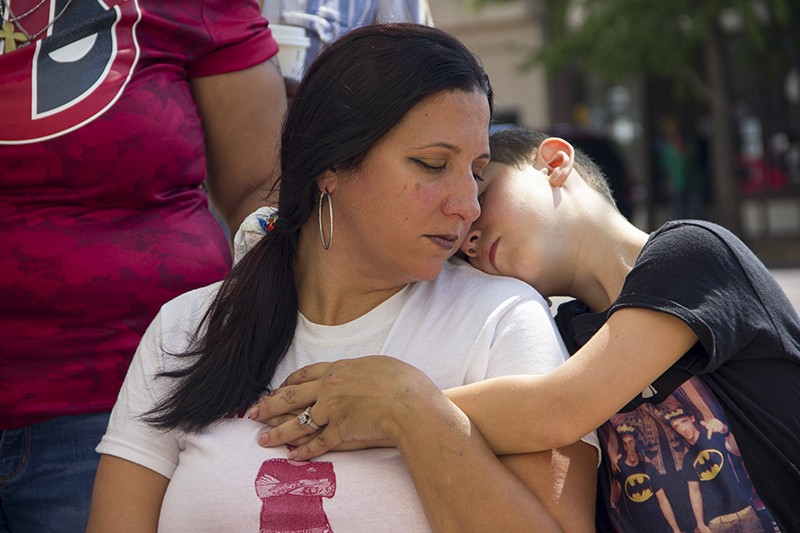