Prop NS Won After All, Judge Says, Overruling Elections Board 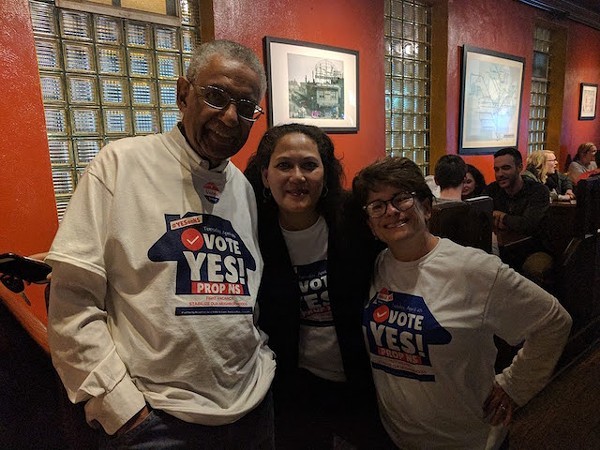 A year and a half after election authorities said it had gone down to defeat, a St. Louis ballot proposition has officially declared victory.

Prop NS, a citizen-led initiative on the April 2017 ballot, asked city residents to increase property taxes to pay for a new project to restore vacant houses owned by its Land Reutilization Authority, or LRA.

The tax money — which amounts to about $3 annually on a $150,000 home — will be used to issue bonds, and that money will ultimately be used to fix up the vacants, making them more attractive to buyers. Supporters have said it would raise about $6 million every year for seven years.

As of last year, the LRA owned approximately 3,400 vacant homes, a major problem for many lower-income city neighborhoods.

See also: With the city's land bank overtaxed and underfunded, volunteers try to fill the gap

In assessing Prop NS, St. Louis' board of election commissioners were relying on the city charter, which holds that propositions related to bonds require a two-thirds majority, or 66 percent. It was only months later that the citizen group behind the initiative, working with Alderwoman Cara Spencer, began to question that.

State law says that bond-related propositions need only a four-seventh majority, or 57 percent. When state and city law conflict, state law is supposed to carry the day — and Prop NS had earned 58 percent of voters. Spencer asked City Counselor Julian Bush to look into whether election-night defeat actually meant victory after all.

Bush did one better, with the city filing suit. The city's lawsuit, filed last September, asked that the judge declare that the proposition had passed. Yesterday, St. Louis Circuit Judge Michael F. Stelzer did just that, issuing a seven-page ruling in the city's favor.

Mayor Lyda Krewson wrote last night on Facebook that she was "very pleased" with the ruling.


And Spencer says the citizen group that pushed the proposition — and then pushed to have the original elections board decision overturned — is positively ecstatic.

"Even my letter to the city counselor asking him to reexamine this was largely driven by the group," she says. "They want to see change in their communities, so they developed a solution and mobilized to get it passed. That is democracy at its core."

And unlike many recent taxes approved in St. Louis, this one doesn't even rely on a regressive sales tax increase. "Because this is based on property taxes, the bulk of the money will be coming from affluent neighborhoods, where those taxes are higher," Spencer notes, "and puts it into neighborhoods where there are vacancies."