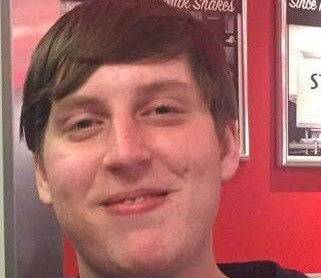 Update: Samuel Hays Baker has been taken into custody, police say. He was charged with unlawful use of a weapon, first- and second-degree assault and first-degree property damage. His bond was set at $100,000.

Cops in Washington, Missouri, say they're on the hunt for a possibly "armed and dangerous" nineteen-year-old as part of an investigation into a rolling gunfight.

Samuel Hays Baker is wanted for questioning in a wild shootout on August 22 near Highway 100 and Washington Corners, an outdoor shopping center about an hour west of St. Louis, police say. Witnesses told investigators that shooters in two cars, one white and the other dark-colored, fired on each other at about 8:10 p.m.

Both vehicles took off before police arrived, but officers found shell casings and broken glass at the scene. They later tracked down one person who was injured in the exchange but did not go to the hospital.

After putting out a call on social media for information and following up on tips, police say they have identified Baker as a person of interest.

"Mr. Baker is to be considered armed and dangerous," police said in a statement. "Please do not approach Mr. Baker, but call your local law enforcement agency to report his whereabouts."

Baker's criminal record includes busts in the past two years for drug possession, traffic violations and tampering with a motor vehicle. His sentence in the 2017 tampering case was suspended, and he has been serving a term of five years probation.

Police say Baker has "contacts and associates throughout Franklin County." They ask anyone with information to call them at 636-390-1050.