Michael Avenatti Wants to Base His Presidential Campaign in St. Louis 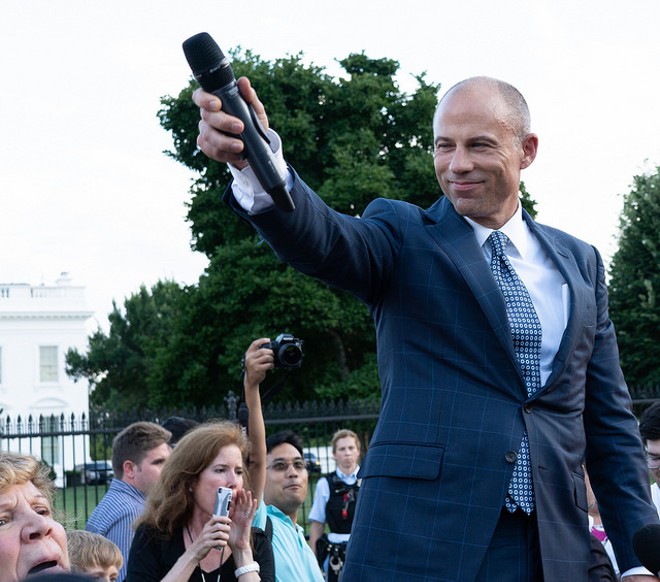 Michael Avenatti, the combative attorney representing Stormy Daniels, has been toying with the idea of running for president — because what this country totally needs is another big ego with a questionable background, a thin skin when it comes to media coverage and zero governing experience.

But enough grumbling. Since when do we demand that our commander in chief be skilled at anything other than poking at the people we don't like? What is this, 2008? Let's jump on the bandwagon and hype the local angle!

And indeed, there's one hell of a local angle. As the Post-Dispatch breathlessly reported back in March, Avenatti went to high school in St. Louis — Parkway Central, no less (saved you a click). And now, as he indulges in his delusions of the presidency, he's confiding in Politico that he'd base his run right here in St. Louis.

Per the Washington, D.C., based site:

Avenatti said he sees the Midwest as key to a successful run for president.

He believes he’ll be the first presidential candidate to headquarter in St. Louis since Dick Gephardt’s 1988 presidential run (Gephardt’s 2004 campaign was based in D.C.).

“I grew up there, I have ties to the area, my parents still live there; they’re getting older. It’s centrally located in the country. It’s the place that I identify most closely with as home,” said Avenatti, whose family moved to the St. Louis suburbs when he was 11. “If I do this, I’m going to spend a significant part of my campaign in the Midwest.”

Wait, so this means Missouri won't be abandoned in the 2020 campaign? (Yes, we're talking to you, Hillary Clinton.) We won't get ignored as everyone gets in line to fellate Ohio and Pennsylvania? We'll have a local son whose trips to Iowa — and slams on the incumbent — we can hungrily follow on Twitter?

Boasts Avenatti, "If I do this, I think Missouri is very much going to be in play. I’m going to spend a lot of time there.”

OK, in that case, screw experience; we're all in for the ride! Because, hey, if nothing else, this should be fun to watch.

(You say that attitude has doomed this country to what's going on two years of daily insanity? Why do you have to be so practical all the time?)