The St. Louis Post-Dispatch faces another lawsuit over its unauthorized use of a photo.

The suit, filed in federal court earlier this week, accuses the newspaper of helping itself to an image taken by Baron Wolman, an iconic rock photographer who helped launch Rolling Stone. The suit, filed on behalf of Wolman by New York attorney Richard Liebowitz, accuses the daily and its parent company, Lee Enterprises, of infringing on Wolman's copyright.

The claim dates back to a story first published in 2010. A search of archive.org shows the photo present on its site as recently as 2014.

The photo has since been deleted, but it's not clear from the lawsuit and the Internet archive when that might have occurred. 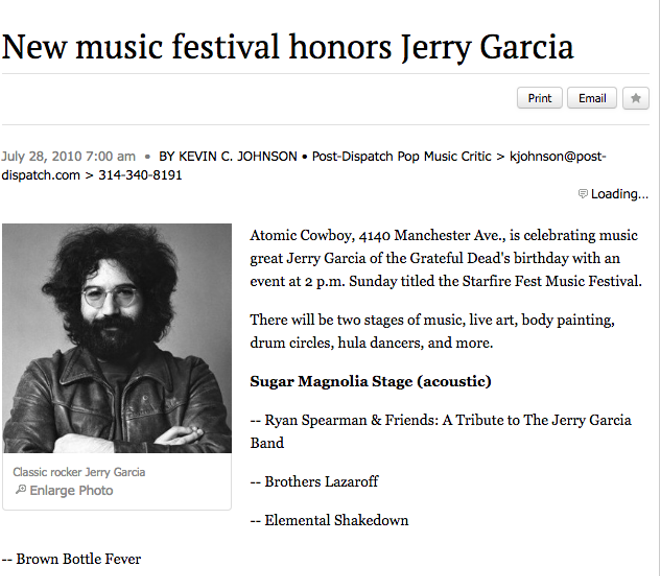 In May, the daily was sued for a similar unauthorized use of a photo of Ted Nugent. That story also appeared in the newspaper's feature section.

As with that suit, the photographer alleges that the newspaper "intentionally and knowingly removed" evidence that would show the photographer's ownership. In the Nugent photo, the evidence was a watermark; this more recent lawsuit doesn't specify.