They Want Us to Believe That Was a Meteor Over St. Louis, But We Know The Truth 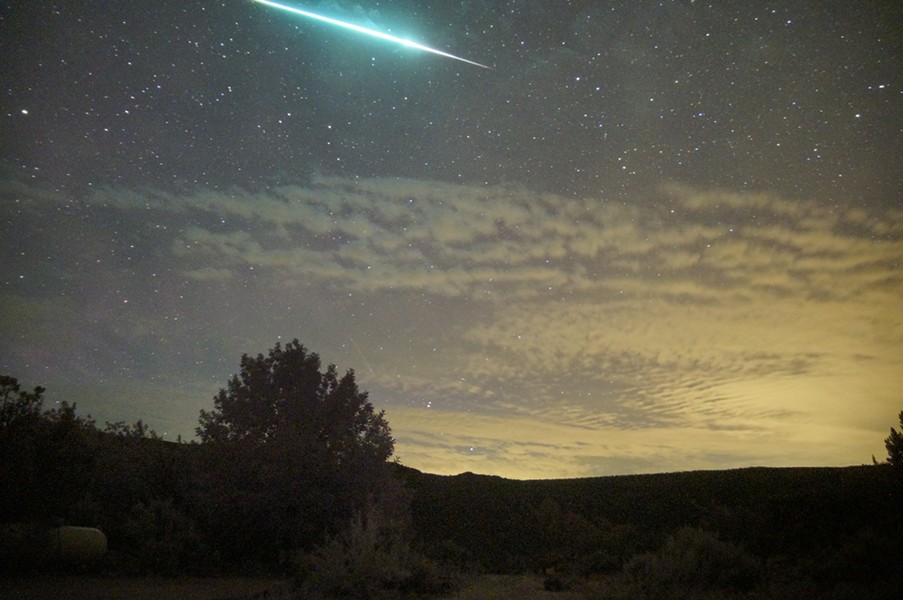 Well, one of these phenomena happened over the skies of St. Louis last night, and all sorts of people saw it. There it was streaking across the sky: a giant-ass fireball. A commenter on Reddit reported seeing it over Chesterfield and the authority on the subject, the American Meteor Society, even has three separate videos of the fireball — one recorded from someone’s doorbell camera.


As of this writing, the American Meteor Society has catalogued more than 340 reports about last night's incident, with the giant thing being seen in at least eight Midwestern states.

Aliens have obviously landed on earth in the past. How else to explain David Bowie? But even though we know the truth is out there, they still try to hide it from us. This, friends, is the real fake news.

Your own reporter has seen unexplained light shows in the sky a few times, one time in terrifying close-up also over the sky in Chesterfield in the 1990s. It was very early evening and a massive fireball seemed to plummet diagonally across the sky just above the heads of many witnesses. It was followed shortly after by — swear to God — silent matte black helicopters with big bright searchlights. They circled for about 30 minutes before suddenly zipping off to the south-west and disappearing off into the night.

Go ahead, look up green fireballs and Project Twinkle. You’ll find that there has been a campaign to hide these UFOs since the 1940s. But we have video technology now. This ruse won’t last much longer. We’re onto your game, Cigarette Smoking Man.

The real question is this: why Chesterfield, again? Maybe David Bowie’s fashionable cousins like the outlet stores?