St. Louis Wants Smart Kiosks for All Our Dumb Questions 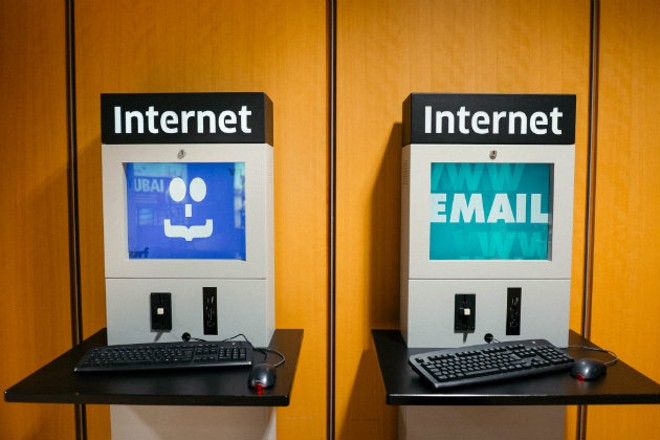 We're going to be so smart.

The city wants to put "smart kiosks" around downtown and maybe business districts in other neighborhoods. They're meant to be part of St. Louis' "smart cities initiative" aimed at using "smart city technology."

Let's say you have a dumb question about where you might find the Arch or other points of interest. Just find one of these smart kiosks, poke around the screen and you'll have your answer. They'll have info on public transit, events and things to do around town. Plus, they should be designed as WiFi hotspots and have emergency panic buttons that tap into St. Louis' 911 system, according to city officials.

“We are always looking for ways to better serve the public,” Mayor Lyda Krewson said in a news release. “These kiosks are part of our Smart Cities Initiative, which focuses on using technology to more efficiently deliver services, enhance public safety, and expand internet access.”

Starting today, the St. Louis Development Corporation is soliciting proposals for someone to come put these things in for us. The winning company would be expected to install twenty of them after a testing phase, and then another 30, and then more if people want them.

Anyway, if you're one of those companies that handles these kinds of operations, proposals are due a month from today. The city plans to pick a winner by October 8 and wants most of those first twenty kiosks up and running by January 2019.