Was That a Drone Peeping in a Brentwood Window, or Just a Spiderweb? 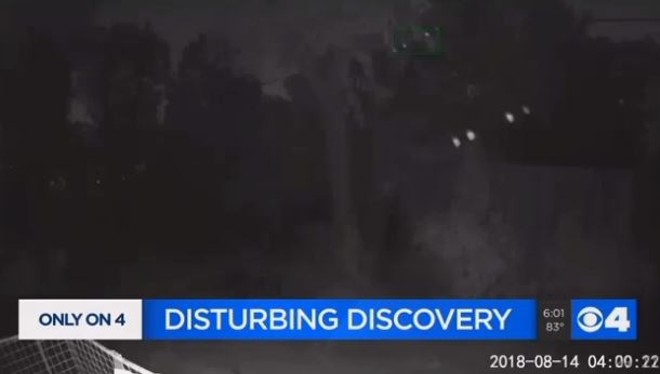 A Brentwood woman's story about a drone lurking outside her bedroom window was featured in a horror-tinged KMOV story earlier this month, which included a real drone shooting ominous black-and-white footage to make the story really pop for the viewers at home.

Only ... that may have been the only drone that's ever been near the unnamed woman's window.

The photography blog PetaPixel took a swing at the St. Louis CBS affiliate's story Wednesday. Founder Michael Zang wrote that actual drone users are finding the tale of a peeping drone a bit hard to believe.

According to KMOV, the woman had recently set up a Wyse Cam security camera on her back porch. The next day, footage from around 4 a.m. showed a line of four glowing lights that appeared to shift in and out of the frame. The woman concluded it was a drone. She even went door-to-door warning her neighbors of the threat.

"It's not going unnoticed and we want him to stop," she told KMOV.

Was it actually a threat, though? As Zang noted in the PetaPixel post, the "disturbing" TV story quickly became the target of mockery in the drone pilot forum MavicPilots.com. One forum poster wondered how the apparent drone could fly while tilted sideways. Another pointed out that you can see through the lights, to the tree in the background.

"Where can I get a transparent UAV like that one?" wondered forum member chezedog.

The story also caught the attention of Brendan Schulman, vice president of policy and legal affairs at Chinese drone company DJI. Schulman replied to the KMOV story on Twitter, writing, "That footage does NOT show a drone."

That footage does NOT show a drone.


So what's really going on here?

The answer, as suggested MavicPilots user lisadoc, may have to do with how spiderwebs appear on infrared night-vision cameras like the one used in the Wyse Cam.


I'll tell you precisely what it is. It is an IR image of a spider web (a single thread) that is blowing in the wind across the frame of the camera lens. I've seen it hundreds of times before and recognized it immediately. It is why it moves at that angle, "hovers" across the camera frame several times, and only appeared at 4 AM. The "lights" are simply drops of condensation (or globules produced by thickening of the spider thread) viewed by the lens at a relatively close distance.

Of course, KMOV might have passed on a ludicrous, unchecked story about a UFO leering through a woman's window — even though a UFO makes just about as much sense as a transparent drone flying around Brentwood in the middle of the night.