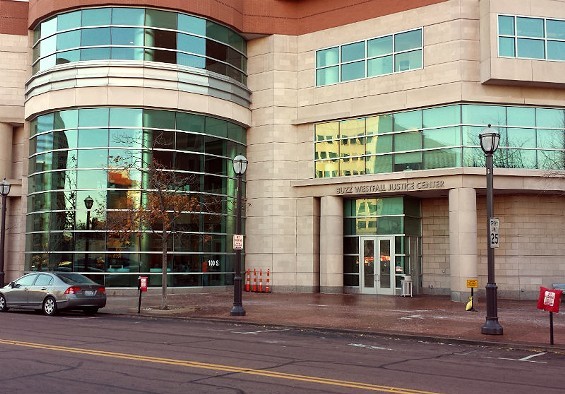 Bernard Furr had a seemingly airtight alibi for a gas-station robbery on November 17, 2016: He was in the hospital.

But Hazelwood police officers investigating the stickup didn't bother looking into the evidence he provided, Furr alleges in a lawsuit filed yesterday in federal court. Nor did they consult the Phillips 66 clerk on duty at the time, who was apparently familiar with the real perpetrator, or check out the video surveillance, which, his suit says, "clearly" showed a different man.

Instead, they sent paperwork to the St. Louis County Prosecuting Attorney, seeking to charge Furr. He ended up jailed for 90 days after being unable to post the required $75,000 cash bond.

Cash bond has become a big cause for many reformers in St. Louis County. Critics, including the ACLU, have said the practice of forcing poor defendants to pay to secure their freedom while awaiting trial puts a price tag on freedom — and tilts the justice system to the rich. In many cases, data shows, even people charged with misdemeanors in St. Louis County spend days or even weeks in jail.

For his part, Furr was charged with two class-B felonies. But he argues that his time in jail was avoidable for one simple reason: Evidence suggested from the beginning he hadn't done it.

His suit says that Hazelwood officers Brendan Gilbert and Matthew Curry didn't investigate his claim when they picked him up that he was only in Hazelwood for work. They also didn't look into his whereabouts on the day of the robbery, he alleges, despite his alibi.

Instead, the suit says, they stacked photo lineup of suspects against him. They knew the suspect had a full beard. Yet their lineup included a photo of only one man with a full beard: Furr. When he was picked, it was apparently enough to charge him.

The charges were only dismissed three months later, the suit says, when witnesses failed to show up at a court hearing.

Filed by attorney Donnell Smith of St. Louis, Furr's suit accuses the two officers of violating his civil rights and relying on manufactured evidence. He's also suing the city for failure to adequately train, supervise or control the officers, as well as wrongful imprisonment and abuse of process.