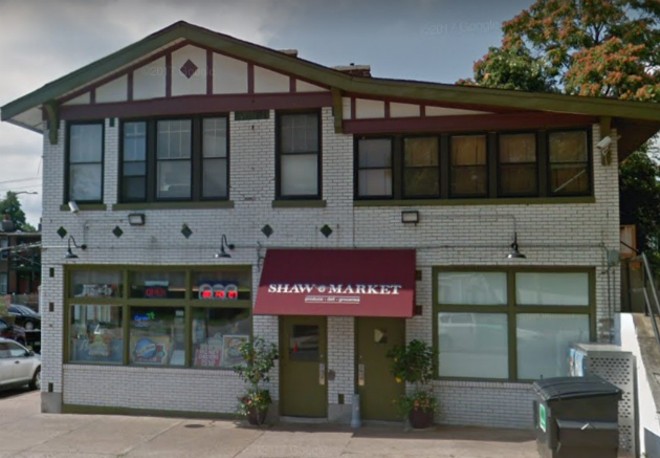 The robbers were wearing hooded sweatshirts with bandanas over their faces and blue rubber gloves on their hands when they burst into Shaw Market (4200 Shaw Blvd., 314-771-3544) and demanded money, a police official said.

One of the men was armed with a shotgun, and his accomplice had a handgun.

Six people, including employees, were inside the store at the time. There were reports of one person hurt during the robbery, but police would not confirm that on Wednesday afternoon.

The market is a staple of the Shaw neighborhood, bolstering both standard corner store fare and "Eritrean Wednesdays," when the husband-and-wife owners offer $8 plates of food from their home country.

The nearby intersection of Shaw and Klemm has had plenty of problems in the past, including shootings. Neighbors banded together to raise money for a surveillance camera to hook into the police department's system.

It wasn't clear Wednesday if the robbers were caught on video.