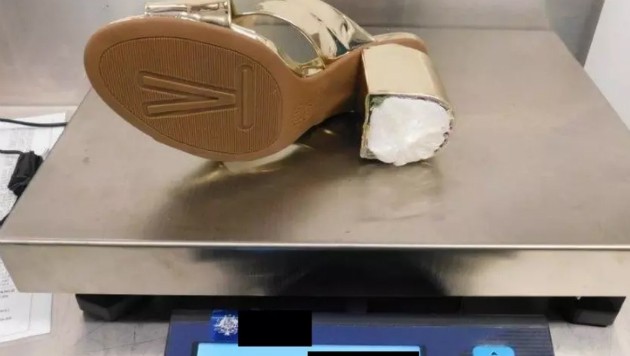 Two years after she joined a religious order of Catholic women, a Missouri woman was convicted in Australia of smuggling cocaine into the country.

Denise Marie Woodrum, 51, lived in Osage Beach in the Ozarks, but Australia media reports she has been in custody abroad ever since August 2017, when she was caught with more than a kilo of cocaine concealed in luggage, including the hollowed-out bottom of a gold-colored, high-heeled shoe.

The Sydney Morning Herald reports Woodrum had hooked up with — and was possibly duped by — a mysterious figure who went by the name "Hendrick Cornelius."

It's not clear if that was his real name. Woodrum had never met him in person, and her lawyer in Australia painted her as a lovelorn patsy. The lawyer said Woodrum was a highly religious person and an easy mark for Cornelius. She had suffered through a failed marriage in Montana, and was reportedly lonely after the divorce.

In 2016, she joined the Adorers of the Blood of Christ, a Roman Catholic religious order. International media has described her as a nun, but in an article in the order's newsletter, she is said to have joined as a Sojourner, a civilian member. The RFT has reached out to the order and will update the story if we hear back. (Update: A spokeswoman for the Adorers says Woodrum was indeed part of the lay group of Sojourners, not a nun or what would be considered an Adorer. The Sojourners are "non-canonical members of the Adorers," according to the Adorers' website. Basically, they are secular, everyday people who are inspired by the nuns but don't take the same vows or live together like the sisters, and they aren't obligated to follow the same rules.)

Woodrum's father in Illinois told the Herald she suffered from depression and had fallen into debt after losing her job at a YMCA in Osage Beach.

In Cornelius, she reportedly thought she had found another shot at love.

"Can you promise you will never leave me," she wrote to him in one of hundreds of texts she sent, the Herald reported.

In July 2017, she set of an international expedition. She flew from Missouri to Texas to Trinidad and Tobago and then to South Africa, before returning to the U.S. Three days after she got back, on August 2, she texted Cornelius a list of expenses and took off again, the Herald reported. This time she went from Miami to Los Angeles to Sydney.

She was intercepted by Australian Border Force agents at the airport after a swab of her luggage indicated cocaine. Her attorney claimed Woodrum thought she was just bring some artifacts to Cornelius, but Australian prosecutors say she knew exactly what she was doing.

They pointed to statements she made after her shoes were X-rayed and she was confronted by agents.

"How much did they find in the shoes?" she asked, according to authorities. "Sorry, just talking to myself."

She was convicted in January and is scheduled to be sentenced in early September.