Blue-Collar Everyman Josh Hawley Has No Idea What a Flatbed Truck Is, Actually 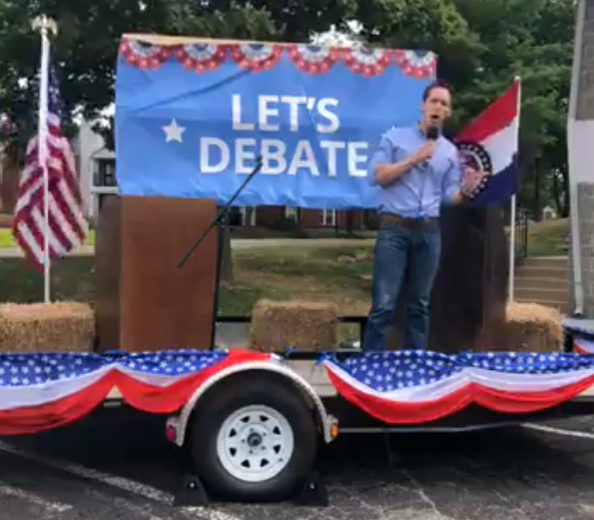 Josh Hawley, a blue-collar working-class country boy who also happens to be the Yale Law School-educated attorney general of the state of Missouri, has been making a big damn fuss this week about his desire to debate U.S. Senator Claire McCaskill (D-Missouri) on a "flatbed truck," which is super funny, given that Hawley apparently has no idea what a flatbed truck even is, actually.

Hawley won his Republican primary Tuesday night, meaning he is set to face off against the incumbent McCaskill in the mid-terms this November. Almost immediately after the race was called, he took to a podium and to Twitter, challenging his new opponent to debate in a manner rather cynically and obviously meant to appeal to rural and working-class Missouri voters.

"No moderator. No complicated rules. No TV studio. Just the two of us debating in the best traditions of our country on the back of a flatbed truck," he tweeted.

On Wednesday morning, his campaign doubled down on that challenge, sending out a press release with proposed locations and debate times. The words "flatbed truck" appear four times throughout.

From that release (emphasis added):


Not surprisingly, then, Hawley made an appearance in St. Charles yesterday, where he stood with a microphone in his hand and took shots at McCaskill for not debating him.

What is surprising, though, considering all of the hoopla he made over the damn thing, is the fact that a flatbed truck was absolutely nowhere to be seen.

What we're saying here? Despite the hype, absolutely no flatbed trucks whatsoever were actually involved in the stunt.

Just to be absolutely clear: This is a flatbed truck. This is a utility trailer. This is a pickup truck. Take all the time you need, Josh.

It's hard to understand how this could happen. Hawley's reputation is that of a man who has worked with his hands all his life, his callouses and blisters telling an inspiring story of grit and determination as he pulled himself up by his bootstraps to become a working-class hero.

The fact that he was completely wrong about his entire premise in this matter doesn't particularly bode well for him in a debate format, nor does the fact that he doesn't know the difference between a truck and a trailer. Still, we get the feeling he is definitely going to show up in Blue Springs at 1 p.m. today talking about his "flatbed truck" some more.

And anyway, our position here at the RFT is unchanged: If he really wants to appeal to rural and working-class voters, Hawley should debate McCaskill while standing inside a wheelbarrow.

That is, if he even knows what those are.