Stenger Appears to Eke Out Narrow Victory, But Mantovani's Not Conceding Just Yet 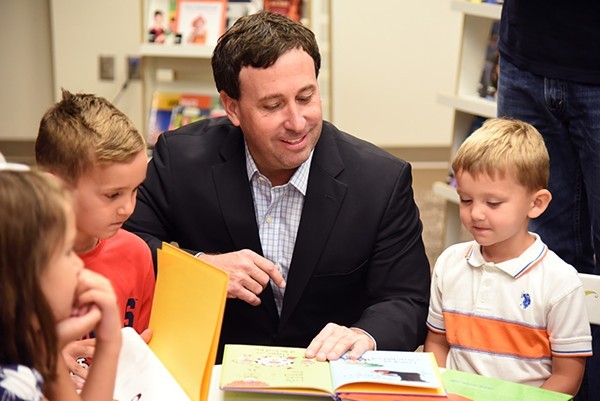 In an election that featured extraordinarily high turnout, with 41.8 percent of county voters casting a ballot (70 percent of them Democrats), final but unofficial results show incumbent Stenger with 50.32 percent of the vote.

And that, Mantovani said last night, was simply too close to call. He cited reports of issues at polling places yesterday and said he would not concede just yet.

Mantovani is the former CEO of the marketing firm Ansira. Stenger, an attorney and accountant, won his job as county executive four years ago, toppling incumbent Charlie Dooley in the Democratic primary.

But Stenger quickly made enemies on the county council, and drew negative press coverage for a controversial lease the county inked with some of his major donors. The lease, which cost could taxpayers as much as $77 million, was touted by Stenger as saving money. But some of those claims simply didn't hold up to scrutiny, council members would later conclude.

While Mantovani hit hard over the deal, Stenger fired back that the Ladue businessman had supported Eric Greitens in his run for governor and suggested he was in favor of right to work — a charge Mantovani denied.

Should Stenger return to the council, he'll face an even more unfriendly situation. His lone ally on the council, Pat Dolan, was ousted last night in his primary race, losing to Lisa Clancy of Maplewood. Clancy took 57.7 percent of the vote.

In a tough night for incumbents, Prosecuting Attorney Bob McCulloch also lost his seat, with progressive reformer Wesley Bell upsetting his plans for an eighth term in a race that drew significant national attention.