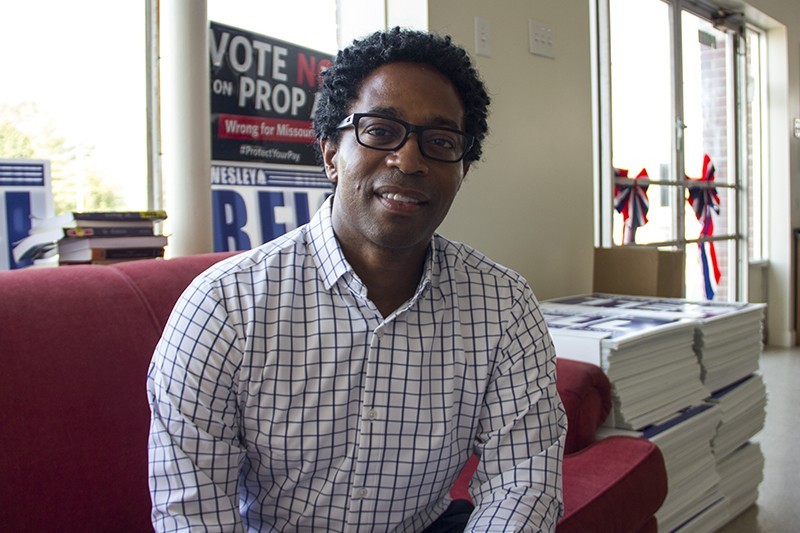 Bob McCulloch, the longtime St. Louis County prosecuting attorney who became a progressive target for his handling of a police shooting in Ferguson, has lost his seat.

That margin is significant enough that Bell declared victory around 10:30 p.m. — and McCulloch gave a speech acknowledging "not much is going to change" in an apparent concession about twenty minutes later.

Since he faces no real Republican opposition, Bell is seemingly assured a new job as the county's top prosecutor.

McCulloch led a grand jury investigation into the actions of Ferguson officer Darren Wilson, who'd shot a teenaged Michael Brown, only to produce a no-bill. Tonight was his first election since those events in Ferguson in 2014, as he aimed for an eighth term as the county's top prosecutor.

But in addition to an energized electorate, he faced an onslaught of opposition from progressive groups, including the ACLU, which sought to "educate" voters about his race. In interviews with TV reporters earlier tonight from his watch party at the Village Bar, McCulloch accused the ACLU of "trying to buy this election."

Bell certainly got a big push from the national groups' support. A 43-year-old Ferguson resident, he has worked as a public defender, a judge for Velda City's municipal court, a part-time prosecutor in Riverview and the city attorney for Wellston. He was elected to the Ferguson City Council in 2015.

If elected, he has pledged to end cash bail and institute other reforms.

Editor's note: A previous version of this story contained inaccurate information about turnout. We regret the error.