Missouri Has Three Marijuana Initiatives on the 2018 Ballot. Here's the Breakdown 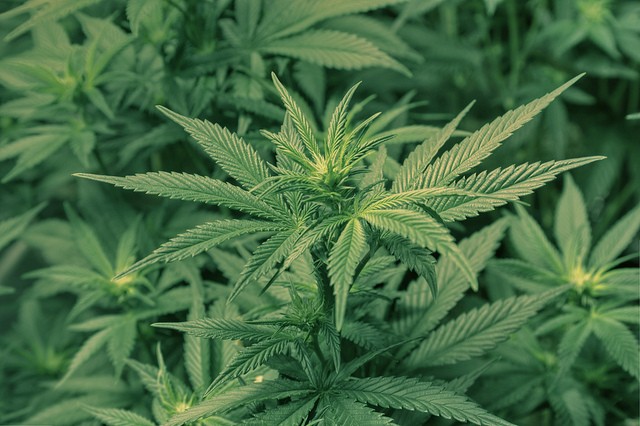 In 2016, voters in seven states successfully passed medical marijuana ballot initiates — but in the Show-Me State, the leading campaign to legalize medical marijuana failed to show up with enough signatures to make the ballot.

This year, things are looking different. New Approach Missouri has managed to secure a spot on the ballot — but it's going to share that space with two other medical marijuana ballot initiatives. The three measures were among the five initiatives certified by Secretary of State Jay Ashcroft.

That means the November 6 election isn't just setting high expectations for local cannabis activists: it also sets up the possibility that pro-pot voters could approve multiple legalization measures on the same ballot. (More on that in a bit.)

First, let's start with the options.

As noted, New Approach Missouri came up just short in 2016, missing the ballot by as few as 23 signatures. (The group even took the matter to court, but couldn't convince a judge that St. Louis County had wrongly invalidated 2,000 signatures.) This year, the group crossed the signature benchmark.

The New Approach measure is a constitutional amendment that would allow doctors to prescribe medical marijuana to patients with one of ten specified medical conditions, including cancer, glaucoma, epilepsy, chronic pain, PTSD and Parkinson's. The measure would impose a four percent sales tax, and some of that revenue would be earmarked for veteran's programs. The state's Department of Health and Senior Services would regulate sales, cultivation and licensing.

New Approach is the only ballot initiate that would permit patients to grow their own weed, but the plants would have to be grown in facility registered with the state. Patients would also have to pay a $100 license fee.

According to estimates by the Secretary of State's office, New Approach's proposal would cost the state $7 million to operate annually, while generating $18 million in tax revenue for the state and $6 million for local governments.

The second constitutional amendment to make the ballot is known as the Bradshaw Amendment, named for the Springfield attorney and physician, Brad Bradshaw, who largely self-funded the measure.

The Bradshaw Amendment is, in a word, ambitious: it would create a "state research institute" and establish a nine-person research board led by Bradshaw himself. According to the petition, the institute would work on "developing cures and treatments for cancer and other incurable diseases or medical conditions." That board could also determine what diseases would benefit from medical marijuana treatment.

Among the three initiatives, the Bradshaw Amendment would impose the highest tax: fifteen percent. Some of that tax revenue would fund health and care services for veterans. The Secretary of State's Office estimates that the measure would cost the state $500,000 annually and would generate revenue off taxes and fees, to the tune of $66 million.

It's worth noting that both the Bradshaw Amendment and New Approach's proposal are constitutional amendments, meaning they could only be amended later by an additional vote of the people. Not so with the Missourians For Patient Care Act, a statutory amendment that, if passed, would essentially create a new law — meaning that it could potentially be altered by legislators at a later date.

That flexibility could come in handy when creating new regulatory bodies and bureaucracy. In a February interview, lobbyist Travis Brown — his PR firm, Pelopidas, led the signature-collection efforts for the Patient Care Act — argued that a statutory amendment would create a more versatile framework for getting Missouri's medical marijuana industry up and running.

"When you have constitutional mandates, when you create new bureaucracies that no one has run or governed before, that always takes extra time and has the effect of slowing down access to medical treatment," Brown noted at the time.

The Patient Care Act would impose a two percent tax, the lowest rate of the three proposals. The revenue would fund programs for veterans, drug treatment, early childhood education and public safety in cities with a medical marijuana facility. The Secretary of State's office estimates that the annual cost of the proposal at $10 million, with annual revenue projected to hit at least $10 million. The proposal is estimated to not cost local governments a dime, and would generate them $152,000 in annual revenue.

With three measures on the ballot, there's a real possibility that more than one passes — or even all three. It's not clear what happens if both the Patient Care Act (a state law) passes along with one of the constitutional amendments, but state law does define what happens if two constitutional amendments pass on the same ballot: the one with the higher vote total wins.

It would be a lot simpler, of course, if voters just choose one.

For more details on the specifics in each proposal, and what medical conditions would be eligible for medical cannabis, here are the links to each petition: Bradshaw Amendment, New Approach Missouri, Missourians for Patient Care Act.