A federal grand jury has indicted a St. Louis man in the murder of a cab driver, who was left lying in the middle of the street.

James Flannel, 37, was charged with carjacking, ammunition possession by a felon and possession of a firearm in furtherance of a crime of violence resulting in death.

On June 25, police responded to the St. Louis Place neighborhood in north city, where they found the 66-year-old Boris Iouioukine's lifeless body. His cab had been stolen and was later found miles away in Castle Point.

Iouioukine was a hardworking family man, who had immigrated from Russia in the 1980s with his wife and two kids, according to family friends. Despite a bout with cancer and the loss of his wife, also to cancer, he drove a cab for two decades. Friends have set up a GoFundMe to help cover the family's expenses. 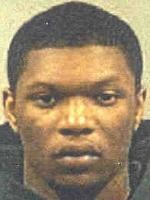 Investigators haven't said how they have connected the killing to Flannel, but he was an early suspect. Federal prosecutors filed the ammunition possession charge against him two days after the murder, on June 27, before he was in custody. He was eventually arrested on July 14 and has been in custody ever since.

Flannel has a long criminal history, including assault, burglary and drug convictions, according to court records. He was convicted of sexually assaulting a fifteen-year-old girl when he was eighteen. That case put him on the sex offender registry, but the Missouri Highway Patrol says he had not checked in as required and was considered an absconder.

If convicted on the new federal charges, he could face the life in prison or even the death penalty.