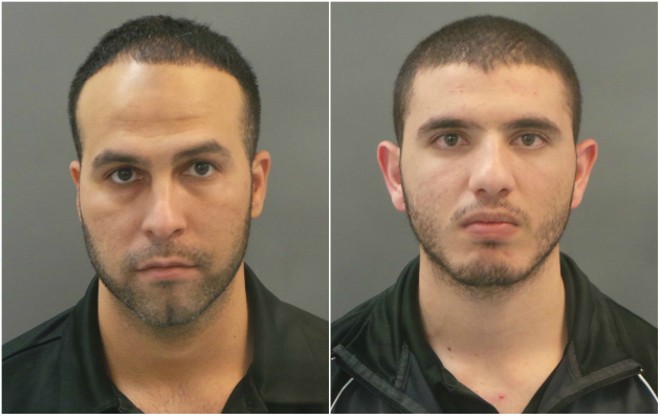 In the video, obtained and posted by Real Stl News, Qandeel and Adams are seen arguing outside the store, swearing at each other as Qandeel orders her to leave. Within seconds, Motan barrels out of the door and starts pointing and yelling.

"I'm going to put my feet in your ass," Motan says in the video. "You gotta go."

Adams is walking slowly away, but as soon as she turns, Motan kicks her to the ground.

"Don't fuck with me," Motan says as Adams crawls to her feet. Motan goes back inside, but Qandeel lingers. Adams refuses to back down. She tells him, "I'm going to whoop your ass," and later adds, "You going to go to jail, bitch."

Qandeel walks up and gives her another kick.

The video quickly spread online, leading to protests outside the store. The demonstrations temporarily shut down the business, the St. Louis American reported. St. Louis police responded and arrested the two workers. Prosecutors from the Circuit Attorney's Office filed fourth-degree assault charges against the men on Wednesday.

Gas Mart have denounced the employees' behavior and sent company representatives to apologize in person to Adams. The St. Louis Post-Dispatch reported Adams said she wanted the store closed but accepted the apology.

The protests have continued, sometimes growing heated. There was a tense moment when a man, who identified himself as a relative of the shop's owner, pulled into the parking lot, gun in hand. In a second video posted by Real Stl News, Rep. Bruce Franks (D-St. Louis) goes to the man's window and persuades him to put the weapon away.

Protests went into the night Wednesday and again flared when a security guard sprayed mace into the crowd. Fox 2 reported that Gas Mart's front door was later smashed overnight, and people stole cash and merchandise. Police have responded to guard the building.

Protesters have denied there was any looting.