St. Louis Lesbians Sue After Being Rejected by Retirement Home 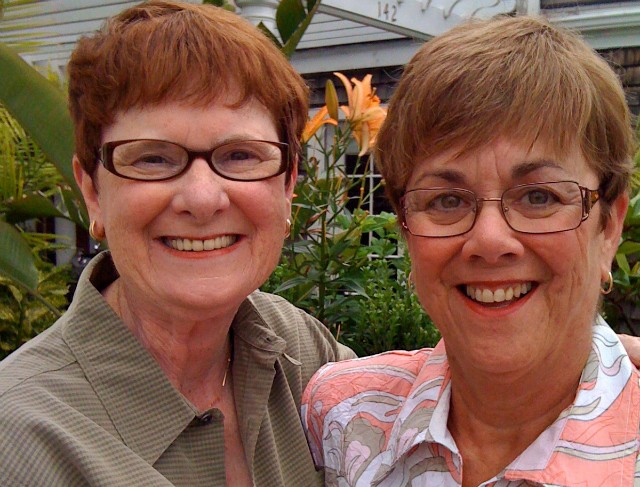 A married St. Louis couple has sued a south county retirement home that rejected their application because they are lesbians.

Mary Walsh, 72, and Bev Nance, 68, were all set to move into Friendship Village Sunset Hills in the summer of 2016. They had toured, spoken repeatedly with staff and even paid a $2,000 deposit, according to the suit filed Wednesday in federal court.

But days before they were to finish up paperwork in July 2016, the residence director who had been working with the couple called with questions about the nature of their relationship, the suit says.

Walsh and Nance had been together since 1978, marrying in 2009 in Massachusetts. They say they never hid their relationship and were shocked when the employee, Carmen Fronczak, called back two days later to tell them their application was being rejected because they were gay.

"We've been together for nearly 40 years and have spent our lives in St. Louis," Walsh said in a prepared statement. "We want to grow older here by each other's side. We should not be prevented from accessing the housing and care we need."

Walsh and Nance had chosen Friendship Village carefully. They had friends who lived there, whom they had visited. They were especially drawn to the home's model, which includes an on-site medical facility where they could receive healthcare as needed in old age without spending a lot more.

Initially, Friendship Village seemed eager to have them. Fronczak offered to waive thousands of dollars in fees if they signed early, according to the suit. The couple put their house in Shrewsbury on the market and hurried to get their paperwork in order. Walsh and Nance say they even canceled a planned vacation, eating the cost of the non-refundable plane tickets just to move on Friendship Village's timeline.

The sudden rejection was a surprise, they say. Fronczak's call was followed by a formal letter from Friendship Village, informing them of the decision.

"Your request to share a single unit does not fall within the categories permitted by the long-standing policy of Friendship Village Sunset Hills," the letter said.

Included was a copy of the home's "cohabitation" policy, which allows only certain people to share a unit: a parent with a child, siblings and heterosexual married couples.

"The term 'marriage' as used in this policy means the union of one man and one woman, as marriage is understood in the Bible," the policy says.

The facility is run by FV Services, Inc., which also operates Friendship Village Chesterfield. On its website, the company says it is a "faith-based not-for-profit," although the suit points out it is not affiliated with any church or specific religious order.

They argue Friendship Village is violating housing laws against gender-based discrimination. Advocates have fought for years to persuade the Missouri legislature to extend non-discrimination protections to LGBTQ people, but Walsh and Nance's attorneys claim the retirement home's anti-gay policy essentially discriminates against the women because of their gender, which would be illegal under the law.

If either Walsh or Nance was a man, their application would have been approved, the suit says.

"Mary and Bev were denied housing for one reason and one reason only — because they were married to each other rather than to men," National Center for Lesbian Rights attorney Julie Wilensky said in a written statement. "Their story demonstrates the kind of exclusion and discrimination still facing same-sex couples of all ages."

Friendship Village did not responded to the RFT's requests for comment on Wednesday afternoon. We will update the story if that changes.